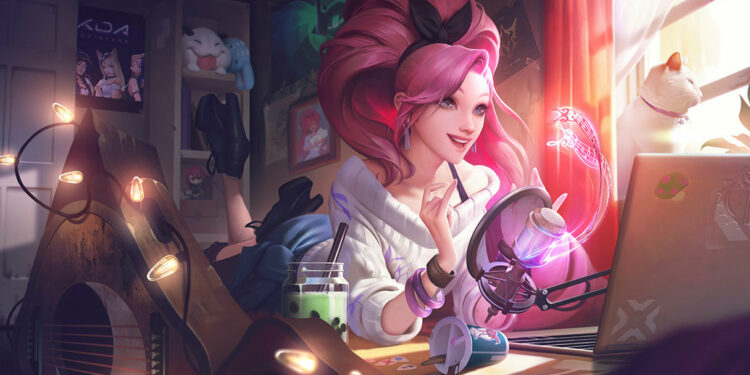 After her release, most fans referred to Seraphine as Sona 2.0, claiming that her abilities and kit should have been utilized as a Sona rework.

Now, she has recently emerged as one of the game’s top champions. However, she did not resemble her current condition in her early development. Riot August, the League of Legends team’s lead champion designer, recently spoke about Seraphine and how she intended to have a completely different ultimate at first.

Originally, the champion appeared to be planning to incorporate a brand-new, never-before-seen mechanism in her kit.

Originally, Serpahine was going to channel her ult on one champion and enchant them with her skills. Sidhu stated that she will be performing on her platform during this channel. She would then be able to manipulate the champion’s thoughts and make them fight their allies.

Riot appears to be reusing ideas from an old ability for new ones, since this ultimately becomes Reneta Glasc’s ultimate. While Renata’s ability is more intense because it affects every champion who are affected by it, the concept is similar.

According to Sidhu, this version of Seraphine’s ultimate was part of her early exploration four years ago, which indicates that there might be a slew of new powers and effects in the works right now that we, as fans, are unaware of.