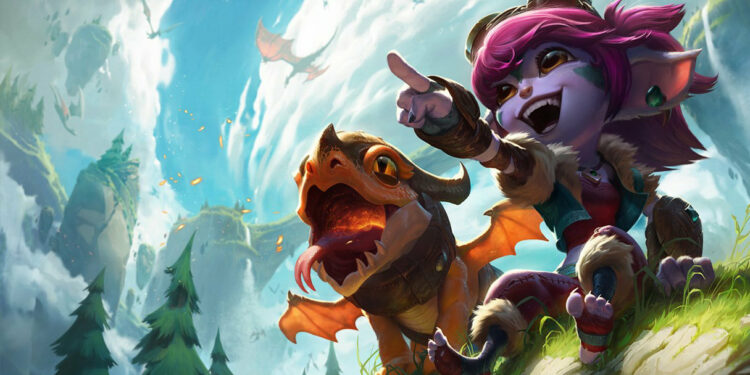 There are a few details concerning the new TFT set, but not much. So, in terms of thematic and gameplay, what does Teamfight Tactics set 7 have for players?

The latest TFT set will be released in the next two months, so here’s what Riot Games has revealed about the League of Legends auto battler’s upcoming set: Dragonlands. The next set of new exciting qualities and units appears to be taking a leaf from League of Legends’ plan by focusing on various varieties of dragons.

The new Teamfight Tactics set was mentioned in Riot Games’ roadmap in the beginning of 2022, along with a few other items. To begin, the following set will be set with tribes that revolve around ancient dragons. The second announcement was that Gizmos & Gadgets’ Hextech Augments will return after propelling the sixth set to new heights.

We have also had a glimpse of what traits and champions will be available in Dragonlands with the appearance of Illaoi in Dev Drop vid and leaks of Dragon clan trait.

Teamfight Tactics devs recently revealed in Reddit comments that the draconic thematic was being expanded. Riot revealed that every round of TFT set 7 will begin with each player obtaining a Draconic egg that ultimately hatches, containing items of equivalent worth, taking influence from the Draconic attribute from previous sets. Not only will Hextech Augments adapt to meet new qualities, but the new Draconic egg introduces a new feature to create many more mechanics.

This also unlocks the door to the Golden Egg, the eggs’ rarest and most precious form. This might result in a more intense experience compared to Gizmos & Gadgets.

For the time being, that’s all we know about the auto-battler, but more information should become available in the coming weeks.