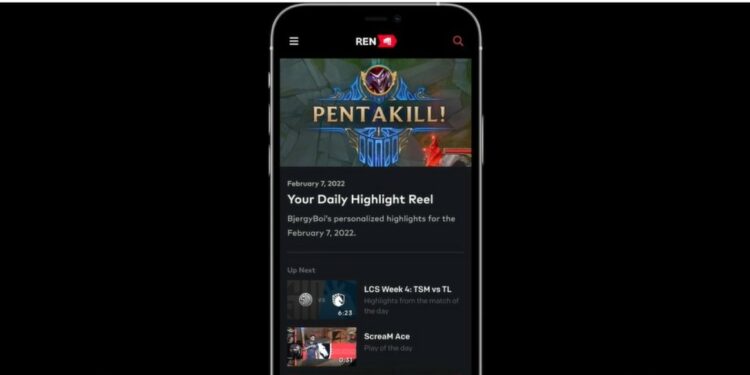 Riot Games has released a number of successful games in recent years, including Teamfight Tactics, Legends of Runeterra, VALORANT, and League of Legends: Wild Rift. Riot Games has evolved all of these games in the direction of Esports, with a variety of competitions ranging from amateurs to professional levels across the world.

Riot Games is also aiming to develop its own Esports app to let players spectate as many tournaments as possible. The app is called Riot Esports Network, according to Spideraxe. This app allows gamers to quickly track competitions, events, tournament of their favorite Riot’s games.

Not only that, but this app also gives gamers full instructions on how to create runes, keystone and how to build in-game items. The metrics depicting the players’ performance are also presented in great detail, allowing the spectator to obtain the most realistic picture of the match in progress.

The Riot Esports Network app not only allows you to track tournaments and events, but it also connects directly to gamers’ Riot accounts. According to Riot Games’ introduction, you can get prizes ranging from artifacts to in-game items if you watch the tournament and submit predictions using the Pick’em system.

This app presently solely contains functionality connected to the League of Legends, according to Spideraxe. However, Riot Games intention might evolve throughout the time being as the app also featured catch up mode for Valorant to show highlight of an in-progress match.

It won’t be unexpected if, in the next years, fans prefer to watch tournaments via the Riot Esports Network app rather than on YouTube or Twitch.