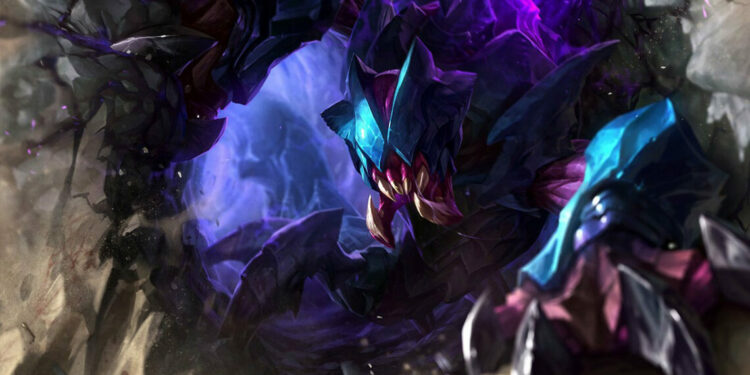 Rek’sai has a game-changing bug that people were using in ranked games, Riot has addressed the issue and resolved it with a mid-patch update

You’ve undoubtedly seen footage of Rek’Sai using her E, Burrow/Unburrow to one-shot champions, objectives, and even her own allies. After patch 12.7, this was assumed to be a bug, but it turned out to be a script problem.

Rek’Sai could dig tunnels beneath enemy champions, dragons, and even Baron, and the game would regard them as such. And they’d have 0 HP for a split second before regaining full health. As a result, Rek’Sai only needed to hit her target once to kill them. Since it was such a broken interaction, some users have been seen exploiting it in their solo queue games.

The Rek’Sai Exploit has caused a variety of complaints across multiples of social media platforms. Players demanded a patch for the exploit as it was costing them their LP. The champion can one-shot almost anything. However, her damage chart suggests that she deals relatively little damage. That’s because Rek’Sai did the final chunk of damage with an auto-attack. Because of the exploit, enemies already had 0 HP. After a few encounters, fans urged that Riot address this as soon as possible!

Finally, on April 18, Riot published a mid-patch 12.7 update to solve the issue of Rek’Sai being able to very instantly destroy targets with E.

Riot has not published a comment on penalizing the players that exploited the bug to win games, resulting in a negative experience for everyone.

However, because this was an issue that players were intentionally using, users are anticipating a rapid response from Riot against individuals who were abusing this exploit. At the very least, the problem has been fixed for a while now and players can come back to their normal solo queue games.