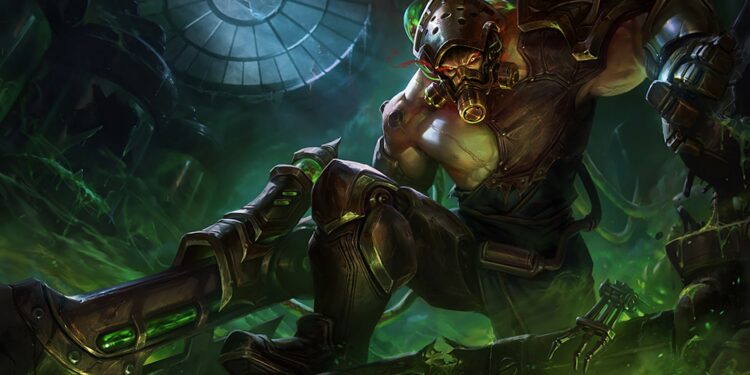 Chemtech Drake, League of Legends’ controversial dragon introduced around preseason 2022, is being nerfed once further in LoL patch 12.2 as Riot attempts to bring the new addition in line

In Season 12, the Chemtech Drake has been a source of frustration for League players. Countless criticism has been pouring ever since it debuted in the preseason. Riot has already delivered multiple nerfs to the drake, but it is insufficient. Now, the devs promise further modifications in League of Legends patch 12.2 to finally balance it.

In a January 14 dev blog post, developer Matt ‘Phroxzon’ Leung-Harrison stated that players have been “frustrated” with the Soul buff, which is affecting the drake’s overall potency.

“We’re with you that trying to facecheck a team that has Chemtech Soul in the Chemtech Fog is difficult as you’re usually at both a combat strength & vision deficit. We also agree that the Soul itself, regardless of the mechanics, is overpowered right now, so we’re tapping down on its numbers in 12.2.”

It remains to be seen how they will nerf the Chemtech Soul. Riot previously shortened the duration of “zombie” respawns to 4s. Changes to the damage rates or the duration of the buff, on the other hand, might be in the work.

But, if the modifications to it’s Soul are insufficient, Riot might consider taking more serious measures, like a complete rework on the dragon or removing it completely out of the game.

The most recent Chemtech nerfs will be released on January 20, 2022, along with patch 12.2. More information will be specified on the nerfs as soon as they are available.