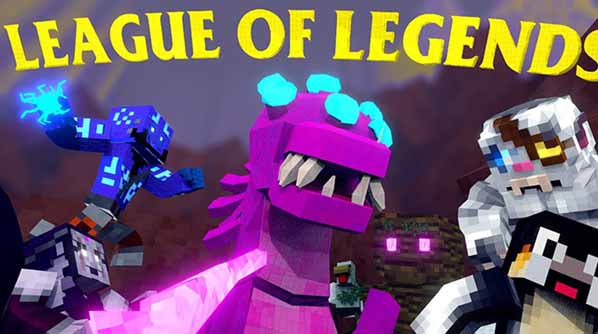 Some fans speculate that Riot Games has finally given serious thought to developing an MMORPG about League of Legends. LoL MMORPG

On April 16, Riot Games announced that it had officially owned Hypixel Studios. This move has been anticipated since Riot Games has always been one of the studio’s biggest investors.

We’re excited to welcome Hypixel Studios to Riot Games. We look forward to supporting the Hytale team during their development process and beyond.

One of the biggest brands of Hypixel Studios is the Hytale game – a sandbox open-world RPG with gameplay and configuration similar to Minecraft. The developers said they had planned for the game to be released by 2021. There are already 2.5 million people have signed up to join the beta.

“We’ve known the team behind Hypixel Studios for several years, and from the start they’ve been the kind of visionaries that we aspire to support; a passionate studio committed to delivering a groundbreaking, genre-defining experience for players,” said Dylan Jadeja, President of Riot Games. “Over the last 18 months, we’ve been fortunate to advise Hypixel Studios as they build toward their vision for evolving a game genre that reaches an incredibly diverse range of players around the globe. Now, as they prepare to enter the next chapter, we’re thrilled to take our partnership to the next level through this acquisition. We look forward to supporting Hypixel Studios’ journey through the development process, helping them grow, and learning from them as well.”

Some fans also immediately thought that at the end Riot Games would seriously think about developing an MMORPG about League of Legends? Fans go further when they imagine this new game will have Hytale’s fancy block graphics as well as free sandbox gameplay.

Of course, investing in Riot Games’ game studios is very normal at a time when they are trying to further expand the League of Legends universe with countless different titles. Having an additional MMORPG game is not too far away – LoL MMORPG

Anyway, the above is still a speculation, waiting for Riot Games or Hypixel Studios to confirm it – LoL MMORPG

Founded in 2018, Hypixel Studios is a team of more than 40 developers. Hytale is the studio’s first project. The company’s goal is to apply years of collective experience in the modding and minigame server scenes to independent game development, providing community-oriented games that meet the needs of players and content creators alike.

Riot Games was founded in 2006 to develop, publish, and support the most player-focused games in the world. In 2009, Riot released its debut title, League of Legends, to worldwide acclaim. League has gone on to be the most-played PC game in the world and a key driver of the explosive growth of esports.

As League enters its second decade, Riot continues to evolve the game while delivering new experiences to players with Legends of Runeterra, VALORANT, Teamfight Tactics, League of Legends: Wild Rift, and multiple work-in-progress titles. Riot is also building the world of Runeterra through multimedia projects across music, comic books, board games, and the upcoming animated series Arcane.

Founded by Brandon Beck and Marc Merrill, and led by CEO Nicolo Laurent, Riot is headquartered in Los Angeles, California, and has 2,500+ Rioters in 20+ offices worldwide.

Embark on a journey of adventure and creativity! Hytale combines the scope of a sandbox with the depth of a roleplaying game, immersing players in a procedurally generated world where teetering towers and deep dungeons promise rich rewards. Designed with creative players in mind, Hytale’s engine supports everything from block-by-block castle construction to scripting and customization delivered using easy to use and powerful tools.

An open-world adventure mode featuring combat, crafting and construction for both solo players and groups.

A wide variety of online minigames including the power for players to create and share their own.

An accessible suite of tools that spans block-based construction, in-game scripting and moviemaking, and the Hytale Model Maker – a fully collaborative modeling and animation toolkit.