Riot Games might change the concept of champions in 2022 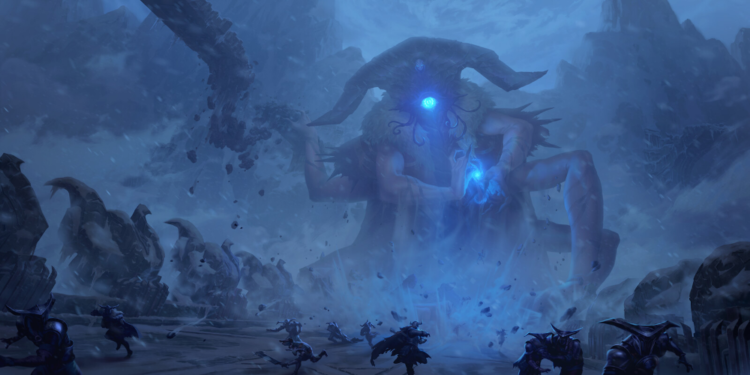 Riot Games did a pretty long livestream detailing their intentions for 2022 on January 7, as we all know. They unveiled Zeri, an enchanter Support champion, the new Jungle champion from the Void, and the first teaser image of the new Marksman. In late 2022, a new ADC character champion characterized as “non-traditional” will be released.

When looking at the picture above, players will see that there are up to seven hands, each with seven distinct sorts of “sealing.” This makes imagining an unregular human shape challenging. The uncertainty surrounding this figure is heightened by the fact that Runeterra is home to a variety of creatures and unknown species.

Players eventually discover the first characters who suit the image above after a period of investigation. The most widely held belief is that one of the Freljord’s Watchers will be chosen to be Riot Games’ new champion. These Watchers have a lot of arms, and even when performing their power, they “seal” like the depiction of the above image.

Not stopping there, the 2022 theme also promises to have a lot to do with the Void, since there is a moment in “The Call” of Kai’Sa fighting a Xer’sai. In the same video, we can witness Sejuani and Olaf battling the Ursine tribe in Freljord, as well as Ornn forging a weapon.

According to League of Legends, the Watchers are ancient beings of The Void who are the masters above all living Voidborns, and creators of the prototype models of the modern ones. They are responsible for transforming Freljord native beings into Iceborn, who would later rebel against The Watchers’ rule. As a result, it’s natural that Riot will introduce one of them into the game.

Still, the material presented here is limited to “conspiracy theories.” We’ll have to wait a long time for further details about Riot Games’ action. 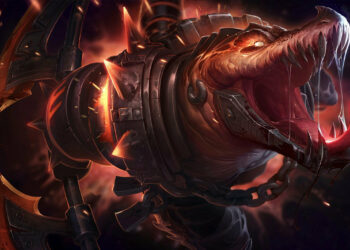