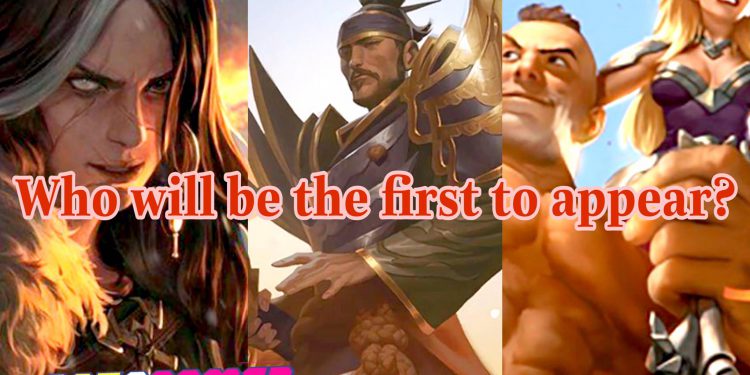 Yone, Yasuo’s brother is highly likely to become the first LoR card to appear as a champion in League of Legends.

Legends of Runeterra (LoR) is a free-to-play digital collectible card game set in the Universe of League of Legends developed and published by Riot Games, was officially released in late April. Most of the major cards are built base on the champions that already exist in League of Legends like Lux, Darius, Nautilus, …

With such a “strong champions force” from League of Legends to Legends of Runeterra, fans have raised some questions about whether any of the old characters in LoR will have their own ways, or how long will it take until a card becomes a new separate champion in League of Legends?

In response to these questions, Riot Games has confirmed that “LoR characters will soon appear in League of Legends”

According to Riot employee based in Russia, Alexey “Nitraka” Podgoretsky held a Q&A with LoR fans on VK.com, sharing that they will soon be experiencing the skillset of some popular cards in League of Legends in the shortest possible time.

“To use LoR characters in League of Legends is a certainty, but you have to wait a bit longer, it will be soon”, Podgoretsky answered fans about the upcoming plan. However, we still cannot know when the “soon” here really is.

One of the most prominent LoR cards that will probably become the first character to appear in League of Legends is Yone, Yasuo’s deceased brother who was reborn in Riot’s card game.

Yone, Yasuo’s brother is highly likely to become the first LoR card to appear as a champion in League of Legends.

Previously, the company had repeatedly “teased” Yone that he would be able to be the first character to bridge between the two games. In addition, a small teaser of Riot entitled “The mysterious masked man returns from the dead” seems to confirm this.

Moreover, some of the top choices that gamers indicate include Cithria – the heroine of Demacia, or Scarmother Vrynna – the leader of the Freljord, Kato The Arm, Shiraza The Blade, and Jae Medarda. Each of these characters has their own unique personality and they quickly became the most favorite fan characters.

In the LoL development plans posted by Riot Games, they have mentioned the release up to 6 champions every year. Therefore, there are many opportunities for LoR characters to appear in League of Legends in the near future.