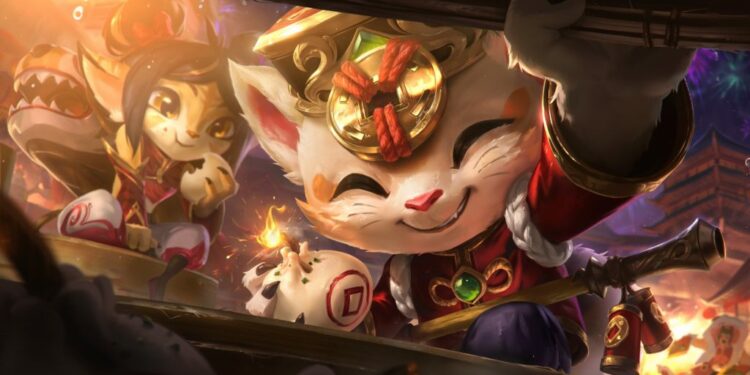 The annual Lunar Revel event in League of Legends will return in 2022 to celebrate the Chinese New Year. With tons of new skins arriving in season 12, here’s all you need to know, including all missions and additional rewards.

Lunar Revel is traditionally the first event on League of Legends’ yearly schedule, and it’s no different in Season 12. The Chinese New Year celebrations will begin on Summoner’s Rift in 2022, and Riot is going all out.

In 2022, League of Legends Lunar Revel skins will have 2 types of skin: The traditional colorful and bold Firecracker set, as well as the new Porcelain skin lines.

Firecracker skins are being given to Diana, Sett, Teemo, Tristana, and Xin Zhao, who will be donning bright red and yellow while bringing good luck for the new year. They all have their own individual style, from Sett’s large dragon costume to Diana and Tristana’s more elegant clothes.

The Porcelain skin line, which includes Amumu, Ezreal, Kindred, Lissandra, and Lux, is almost the opposite. Dressed in the cool white and blue of a traditional Chinese tea set, are on hand to ensure the celebrations.

Lux will also receive a Prestige skin, as will Xayah, who will receive a gold-and-white update for her Bright Phoenix skin.

League of Legends’ Lunar Revel 2022 event missions are yet unknown. Riot, on the other hand, is unlikely to depart from the new approach presented in the Debonair 2021 event for completing tasks, gaining points, and earning prizes. The awards, like the missions, have yet to be disclosed. There are, however, certain expectations for rewards: Prestige Points, chromas, icons, and other items should be available.

There is no stated release date for the Lunar Revel 2022 event, but considering that it is now on the PBE server, players shouldn’t have to wait very long until patch 12.2 arrive on January 20 to begin making progress.