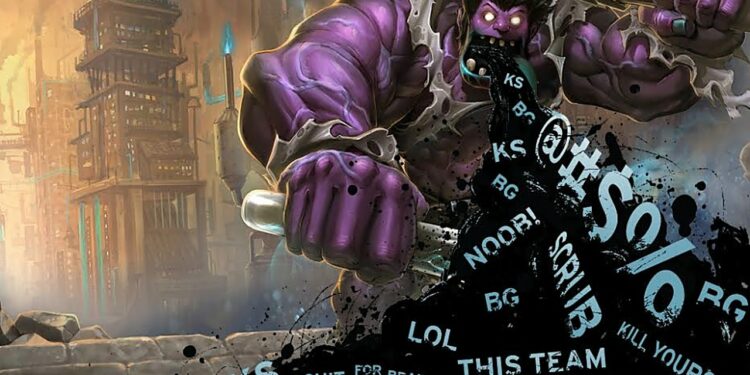 In the past time, Riot has put in a lot of effort to be able to best prepare for the upcoming season 11. Aside from ingame issues, Riot is also very concerned with tackling the “toxic” state.

And in the article on this issue on the homepage, Riot Games has revealed to gamers a lot about the new plans and goals to minimize the “toxic” situation. Riot even shared that they are developing a feature that allows gamers to know about their and others’ attitude stats in both League and Game clients. In a way, Riot is about to put the “toxic” feature of identification into League of Legends.

Some of the core experience targets we’re poking at in early 2021 to expand further on 2020’s goals (prevention, deterrence, and harm reduction) are:

Lastly, in order to pave the way for the future of behavioral updates in the League Client and game itself, we’ll be spending some time rebuilding some of the technical frameworks for our services. As we roll out new behavioral features and tests, we’ll also be talking about some of our technical goals for the future and how we can sustainably address this ever-evolving space.

Basically, during the 2021 season, Riot Games will try to improve the accuracy of penalties for specific behaviors. For example, if you swear too much, you will be banned from chatting, and most likely in the future, Riot will announce the sanctions for each behavior to gamers.

Besides that. The new behavioral system that was mentioned is extremely remarkable. According to Riot Games, this feature will appear both client and in-game, maybe this feature will· allow player identified who toxic player

The same feature of DOTA 2 is the “Conduct Summary”. This feature will evaluate your score based on leaving the match, AFK, report