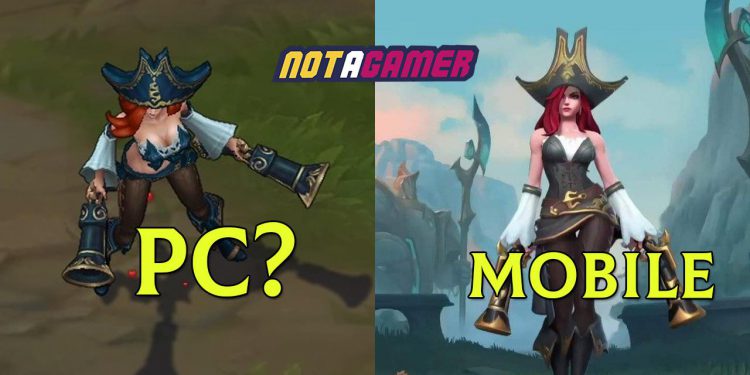 The look of the female champions in Wild Rift seems to have caused quite a few players … to get dampened.

Today, League of Legends: Wild Rift has officially entered a limited test phase in Philippines and Brazil. This game immediately received a lot of positive feedbacks.

However, there is a problem that makes many players feel dissatisfied, it is about the skins of female champions in Wild Rift. Many players have complained when witnessing their “goddesses” competing “wearing winter clothes”, with the image too “non-revealing” compared to the original version on PC.

A lot more discreet than the original on PC

And this is her in-game image

On Reddit, many topics have complained about this issue.

Miss Fortune in Wild Rift is also dressing up so slightly that no one will recognize the ADC with the most charming body that has long become a trademark in League of Legends.

The image of Ashe does not change much, but it is easy to see that in Wild Rift, Ashe’s cloak is designed to be wider, covering her upper body. Yes, this design is very suitable for a champion from the Freljord, but that is just … not familiar.

The biggest change belongs to Lux. Sorceress Lux in League of Legends is inherent “cooler” with her slender waist, while in Wild Rift, this skin has been completely changed and has a more cartoon style.

In fact, Riot Games has a good reason to edit and “add fabric” to their female characters in Wild Rift. The age limit of League of Legends on Mobile is 13+ which means this game will be for children, so Riot should avoid images that are likely to be offensive.

This makes players will no longer see the glamorous image of the female champions in League of Legends, with the names that possessing such hot body that has long become brands like Sona, Miss Fortune or Kai’Sa. However, in return, the design is extremely detailed and eye-catching, as well as a feature that allows players to observe 3D animation of champions and skins in Wild Rift is really a big plus for the game.