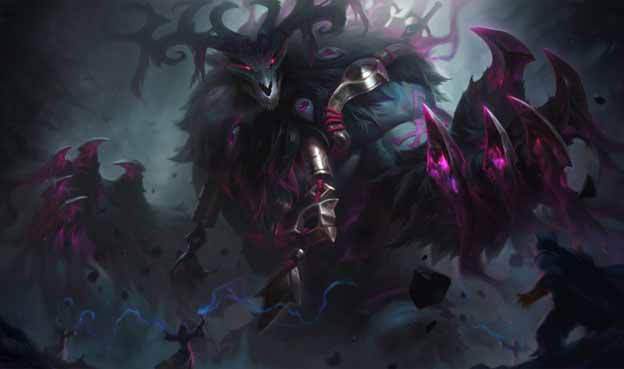 It seems that Volibear in the testing phase is a bit weak so Riot is determined to make this bear extremely powerful when it officially launches. Volibear unbeaten

Hey bear fans, thanks so much for all the love you’ve been showing us after trying Volibear on the PBE.  Below is a list of changes we’ve made largely thanks to your feedback, so please keep it coming!  Everything on this list will be playable in-game after the next PBE deploy.

In the past week, the new Volibear has officially appeared and appeared on the PBE test server.

In general, Riot Games turns this bear into a top lane capable of exchanging strong skills or a top jungler for ganks and turrets. The biggest breakthrough in this remake is that Volibear completely transformed from a lovely bear into a powerful demigod.

However, this bear is still not considered a complete product due to many problems in strength and the appearance is not really perfect.

So a few hours ago, the designer in charge of the remake Volibear posted the changes of this bear in the direction of increasing strength and focusing on the strengths of this champion.

Thanks to everyone for taking the time to post your thoughts on the boards and Twitter (and even the DMs, though those are harder to respond to). I hope this list of changes shows that we’re listening to all of you and doing our best to implement your ideas when we can.

I think the one you’ll be happiest with is that Volibear now has a bonus emote, which you can enable by pressing ctrl 5. This was in direct response to the overwhelming interest from fans in Volibear’s chest pound and roar, which we were about to leave on the cutting room floor.

Some of these changes are already on the PBE (including the emote), but the rest will make it on the next deploy, which I believe is tomorrow morning.

Thanks again for all the support. Flip vs. Stun video is coming soon ™!

Basically, these updates of Riot Games are complete and eliminate unnecessary details in new skins of Volibear only.

The skill set of this bear has basically been completed and is a huge upgrade compared to the current version. Gamers only need to wait a very short time to touch this mouse when Volibear will be officially transformed into Patch Update 10.11.