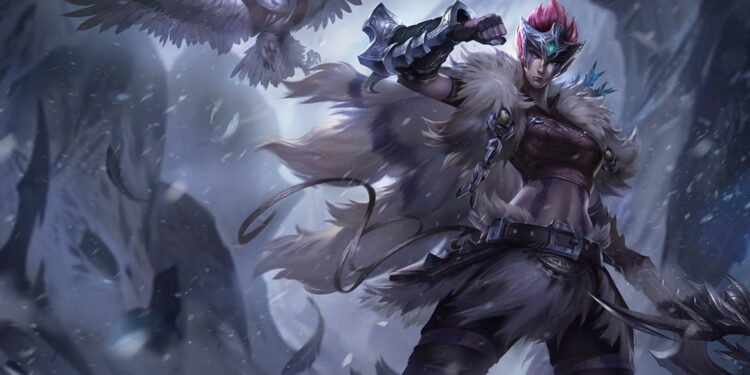 Riot Games is exploring a surprise Quinn rework, and the champion might be receiving a VGU as soon as the end of season 12

Quinn was first introduced in League of Legends over a decade ago, in 2013, and has stayed essentially untouched since then, with the exception of a major gameplay update around mid-2015.

The ranged champion, who is frequently seen in the top lane, has been around the game’s champion meta over the years, attaining the top rank for a brief while only in season 8. However, she’s never found her position surrounding the role in her nine years existent, and Riot Games is intended to change it.

Riot Games’ intention to do a Quinn VGU

According to a recent reply from League’s lead producer Riot Reav3 from a post on Reddit, Reav3 stated that there is definitely a Quinn major VGU, though when that would happen is unknown.

“Yeah I always throw a wild card on the list to gauge community interest. A lot of people ask about a Quinn VGU so I threw it on to see how many votes she would get. She didn’t really get enough to put her on again this year. I put Kog up as the wildcard this year. Their is still interest internally for a Quinn VGU at some point though.”

Quinn came the closest to a rework since her Season 5 gameplay adjustments when she was included as a “wildcard pick” in the VGU poll, which Udyr finally won by a significant scale. Despite the fact that she received a low score and was deleted from the following poll a year later, Riot is still interested in a VGU.

The top laner will not be emphasized, according to Reav3, since it is up to Udyr and whoever wins the next vote, but she will receive some love later in Season 12.

Quinn was most recently nerfed in patch 11.21 at the conclusion of last season. Between season 8 and 11, she only experienced one big modification. The nine-year-old League of Legends champion has yet to be picked for any of 2022 tournaments, and she is in serious need of more significant changes.