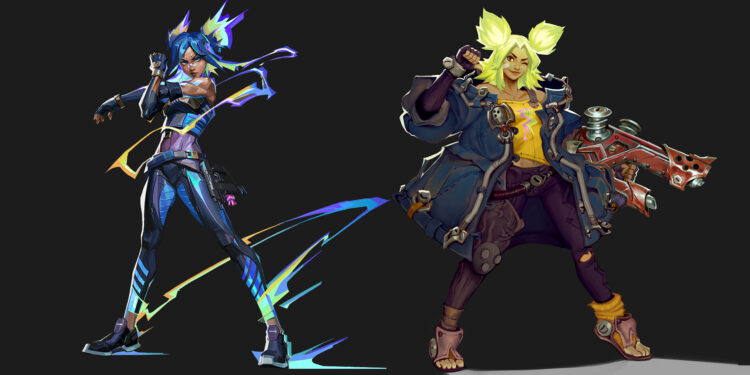 Zeri and Neon aren’t precisely the same character, but they are League of Legends champion and VALORANT agent first to cross over. Riot Games startled the gaming world when they introduced Zeri and Neon for its major titles, League of Legends and Valorant, in January at nearly the same time. Fans then came up with theories of the 2 characters being the same one because they were voiced by the same actress and had comparable backstories.

However, while it appears to be as simple as creating a character with comparable tales in both games and calling it a day, it was far more involved, as the developers of each game revealed in an updated blog post.

While Riot has said that Zeri and Neon are not the same characters, they were created in collaboration. The debut of the 2 was inspired by Arcane, as has been the case with everything Riot-related in the previous year.

“It made a lot of sense, a lot of the VALORANT Agents team worked on the Champions team before—Goscicki included—and we share a lot of the same processes. And a lot of Riot players play both League and VALORANT. So we thought it’d be cool if they could play these two characters in both games,” Mireles shares.

Trying to make the transition seamless was, however, easier said than done. Both League and VALORANT developers required character identities that could work in both games, and that meant more than simply carrying a League champion and moving them into Valorant. However, the two design teams collaborated on both characters at the same time, using the primary idea of electricity to develop their abilities.

“In League we have diversity goals in terms of role, region, gender, and playstyle. VALORANT has most of these as well—but they’re very different from what we do in League. So we needed to make sure we found a space that was good for both of our games, and was exciting for players. Because if no one wanted to play these characters, what was the point?” Mireles asks.

From then, both Neon and Zeri came together. Riot managed to give each of them their own personality and style, so while Zeri and Neon may be the first “crossover,” it’s not a simple transfer. Players should expect more releases like this in the future.