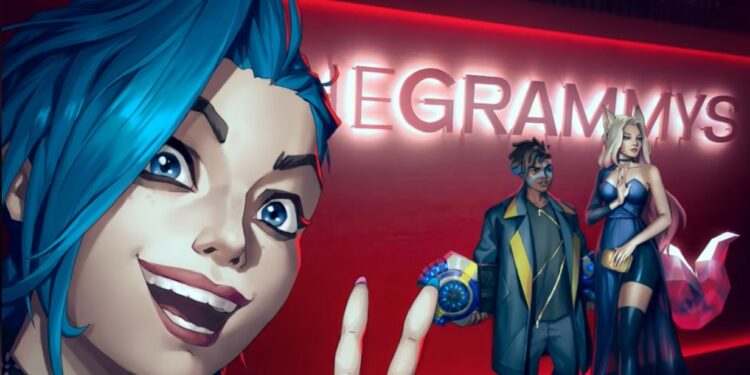 In the last few years, players have heard familiar names such as “Riot Entertainment“, “Riot Studios”…. Riot Games is given these titles by the League community when the organization has some big projects coming like music, or movies (anything besides the game itself). The above names are even more accurate now, especially following the popularity of the hit Netflix series, Arcane.

And, like any other music label, Riot will eventually allow the above skin line to come together in a large event. This was recently mentioned when a leaker by the name Big Bad Bear rumored that Riot will be hosting a massive music festival or event during Worlds 2022.

Since Worlds 2018, Riot has always used their groups to perform the opening ceremony for the tournament’s final. 2021 is a little different in that the soundtrack is from the series Arcane, despite the fact that it is still created by Riot Games. So, for 2022, Riot will most likely launch a new group, new artists, and be the central focus of this tournament.

Riot Games may even create their own music festival with a combination of their 3 bands currently available and artists coming out at the end of the year.

Another possibility is that Riot may host a virtual music festival, similar to what they did with Pentakill last year.

Keep in mind that Riot is being extremely careful this time, so any information can only be considered as rumors, not leaks. Anyway, the information surrounding this event is still uncertain, and we can only wait for the company’s next actions to confirm it.