Riot Games Responded to Everything about Wild Rift for Each Country, the Most Difficult Champion to Design Is Braum 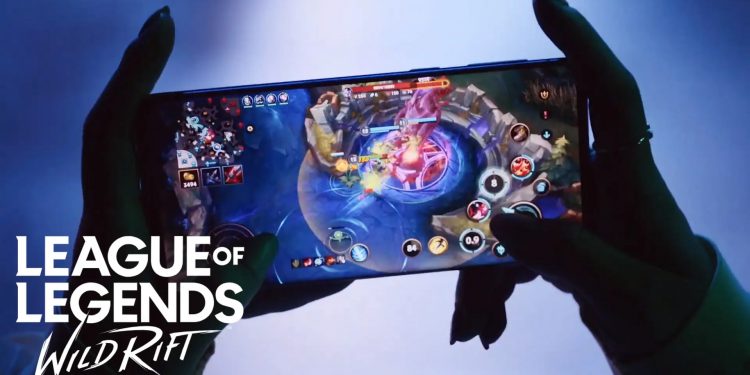 At the same time Riot Games also adds that in the future, the Wild Rift will have features such as chat voice, voice for each country….

Riot Games responded to everything about Wild Rift for each country

The day the Alpha Test of the Wild Rift LoL has gradually reached the end. With what LoL: Wild Rift has been showing, it deserves a MOBA mobile that is most expected in 2020.

Besides, to let people understand more about this product. Recently, Riot Games posted a post to answer the frequently asked questions that the players sent to them.

At advanced level, we want the way of gameplay to be the same so the players don’t have to learn how to play again if they change from a game to another. At present, there’re many things at LoL: Wild Rift like different construction, jungle system, topographic remain the same as PC version, in the future, we continue to bring about many things from PC version to mobile.

To the champion, we also try to keep the Wild Rift LoL be the same as LoL as much as possible (but there will still be a change test for mobile version if that idea gets more approved). Besides, if the team develops LoL feels it alright then they can take the things of mobile and apply for the PC, and vice versa.

Yet, due to the peculiarity of two different environments, LoL Wild Rift will have a different way to balance compared with the PC version.

Do the champions appear in the Wild Rift in any order?

We will be releases new champions when they are officially released, but they will not be in any order. As there were more than 140 champions, a major challenge was to avoid the launch of too many champions in the same role at the same time (e.g. too much mage or ADC).

From the role of a developer, we want to choose the champions that can fit the Mobile control mechanism, and also challenge skills with some as (Yasuo or Zed) to see if they can work well on mobile.

Who is the hardest champion to bring to LoL?

There are two “hard” champions. Firstly, the champions with the skill of interacting with all other champions in the game like Braum. The latter are champions optimized for mouse and keyboards, like Jhin or Ziggs – where their long-range skills require you to interact with the camera, or Yasuo – with fast gameplay and continuous skill use….

Will there be champions or exclusive skins?

With the Wild Rift worked from scratch, Riot has enough resources to design the exclusive skins with Wild Rift. About the champions, it’s definitely an idea we’re very interested in, but we haven’t yet started working now.

How about Reporting System?

We will have a way to punish the players with bad behavior seriously. From manual accusations to self-discovery, there are many mechanisms for detecting this behaviour.

While this system is still in development, it hasn’t appeared in the last Alpha test. They or one part will be presented when the game launches officially and later updates.

There will be general events for PC and Mobile

Yes, throughout the year we will look for the way to contact to the development team of the PC and enjoy the big events together. Of course each party will have their own unique methods to organize the event.

Wild Rift has been concentrated heavily on the design of the control system, and it brings about the closest experience to the PC version. That’s the reason you see the directional arrows to be yellow when choosing the target.

We will be adding some other options so that the player can tailor it to their discretion, though the Wild Rift will hardly have a completely new control mechanism such as pressing and selecting because it has since been oriented to the control mechanism.

Have you got to add different customizations such as changing the button position?

Yes, because there are many types of phones and hand sizes, it is extremely necessary to customize Wild Rift’s button system. But you’re no way able to change everything on the screen.

Have you intended to voice for each country and server? Or just English as default as other MOBA mobile?

We are still in the process of working to voice each country to the Wild Rift. Because Covid so we only have Portuguese language in the last Alpha batch, you can expect a lot of other languages to appear in the future.