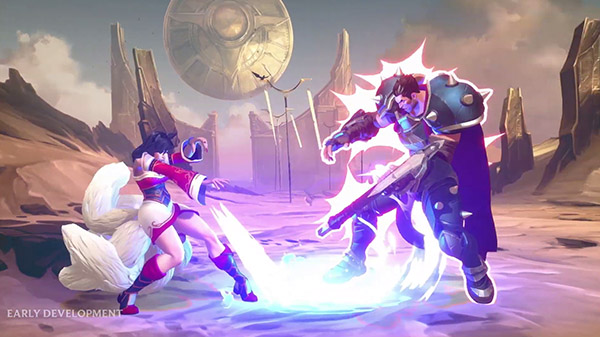 Project L is expected to be a fighting game.

It can be seen that the year 2020 marked the breakthrough of the Riot Games with the release of a series of blockbusters in varied genres. Its games constantly prove that they have a great impact, and also alter the way direct rivals evolve.

VALORANT is the most typical case that broke the monopoly of CS:GO in the Esports FPS category. While not officially admitted, the fact that Valve launched a series of major updates since Valorant’s release indicated that CS:GO had to change as well as keep loyal players’ foot. Furthermore, CS:GO has not had any major updates in a quite long time, and changed only as VALORANT appears.

Other titles such as Legends of Runeterra, League of Legends: Wild Rift are creating a real fever. A few days ago, players found out that Riot Games had currently registered multiple trademarks for “L” and “VVVV.” This means that in the future Riot would launch another game which was supposed to be Project L – the fighting game was previously introduced.

Is the above logo inspired by the Rising Thunder, another fighting game title?

As Riot Ghostcrawler recently announced on his personal Twitter that they were developing an MMO game and needed to recruit a number of new staff. It, therefore, clearly shows that the MMO of Riot is still in the early stages of development. Meanwhile, Project L, featured at the League of Legends 10-year anniversary event, is probably to be the game presented by the above logo.

For this Riot action, we should indeed be confident that the fighting game will soon come into play, perhaps in the late of 2021. It will most possibly be the next ‘blockbuster,’ which Riot Games sends to the community after releasing series of successful titles such as VALORANT, Legend of Runeterra, League of Legends: Wild Rift.