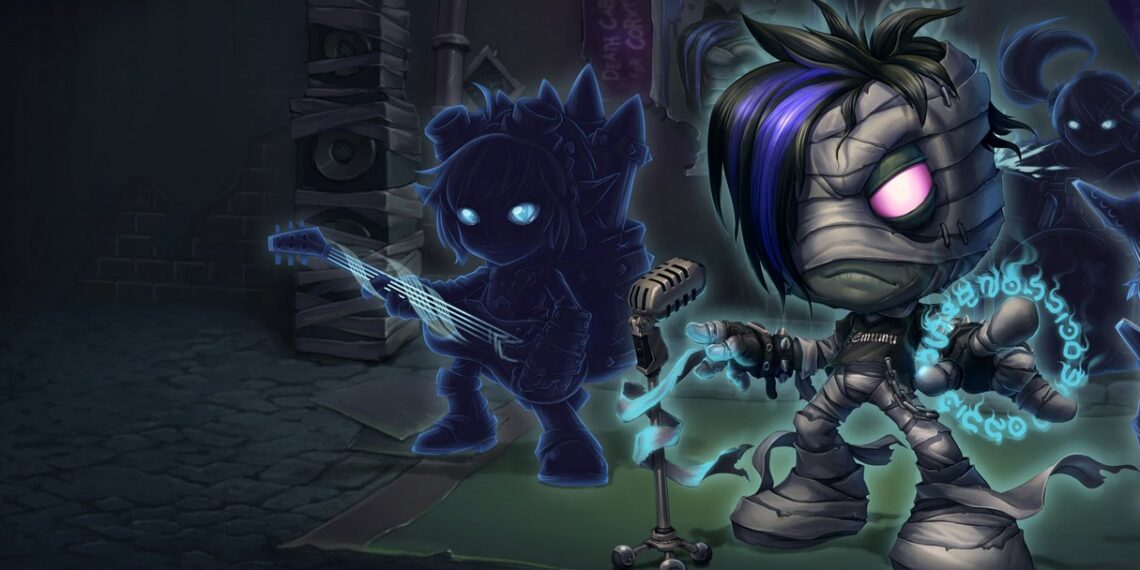 The next musical effort from League of Legends is expected to exceed all expectations. Riot has hinted about forming a new “emo band” to continue their musical adventure.

On January 18, a tweet from the official Riot Games Music teased the “vibe check” for an emo band, but it rapidly went viral among League fans.

With Riot only releasing one new music project every year — last year was Pentakill’s huge third album, which coincided with the debut of Viego — adding a new song isn’t the most radical notion. Fans are still waiting for another song with Akali and co., but the anticipation for this vibe throwback is intense.

Riot has done an excellent job of guiding fans through its audio material, such as K/DA, True Damage, and PENTAKILL,… It’s now up to the developer to decide if League’s first emo band will be released or not.

While there are only clues and hints at the moment, fans have already thrown their own prediction of League of Legends champions into the emo band. One particular comment pointed out the potential champion for “emo band”: Aphelios, Sett, Ezreal, Kayn, and Rakan, with the addition of Amumu, the saddest of them all.

But it’s not just male champions who are getting engaged. With the release of Vex recently into the game, it is a high possibility that she, with her anguished mood of emo girl, will be included in the band. Fans also pointed out the latest champion, Zeri might also be in the band.

However, for the time being, League of Legends’ emo band is still a concept. But, given the excitement, new bands, songs will most definitely grace players in 2022.