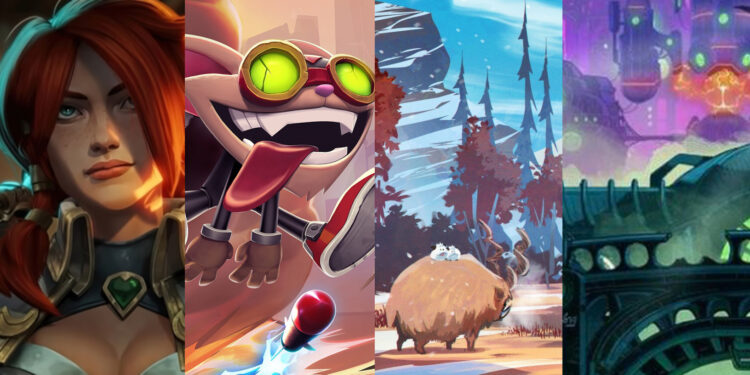 Despite the fact that it was announced as part of League of Legends’ 10-year anniversary celebration, no games from Riot have yet been launched.

Riot Forge has been using Twitter in recent days to give fans some glimpses at various locations within the world of Runeterra. Something huge in terms of the maker of the recent game: Hextech Mayhem announcements appears to be on the way, based on several indications.

Back on November 11, Forge began releasing short teased videos leading down to the special November 16 show. On the same day, the company behind Bit.Trip and other games will release Hextech Mayhem, a rhythm runner game starring Ziggs and Heimerdinger in Piltover.

Within the first teased showed, Miss Fortune stands before a murky coastline which is most likely a reference to the future Ruined King game. The Ruined King was supposed to debut during the Ruination event earlier this year, but it was continually postponed.

The second shows a look at Piltover’s lofty towers as well as Ziggs’ insane chuckle. Hextech Mayhem is clearly teased in this second teaser. The first two ones appear to be brief excerpts from two Riot Forge games that were previously revealed.

The third recent teaser depicts either Freljord or the northern Ionia, an area with which fans have yet to see a game directly related. With that being said, both the location and the idea behind it still remain ambiguous to players and fans.

The fourth and the most recent one was recently released, it depicted the spectacular world of Zaun, referred to the single-player platformer game CONV/RGENCE: A League of Legends story starting Ekko.

The last teaser is likely to be released on 16 November, and it appears that a lot of information will be revealed for those who want to explore Runeterra in new ways.

Fans may expect substantial updates on both previously revealed titles as well as various new games that have yet to be released. The company has used the release of Arcane to begin their marketing efforts for all of its games, and Riot Forge appears to be next.