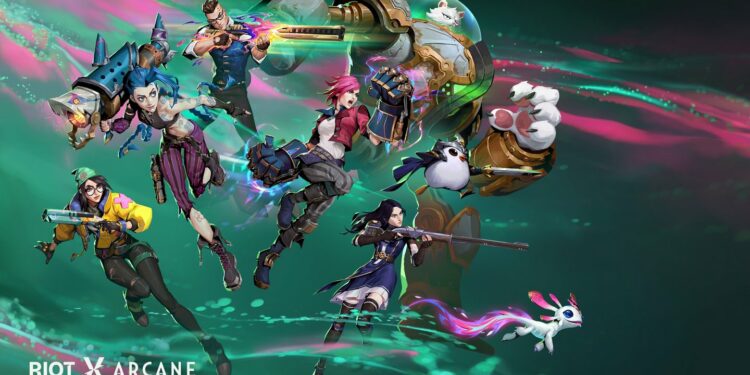 RiotX Arcane is Riot Games’ multi-title TV series aimed at millions of gamers into the frenzy around its animated show, which recently debuted and hit number one on Netflix.

After the first act of Progress Day, Undercity Nights is the name given to the second act that will ensure to bring more changes, rewards and objectives, and other features coming to Riot Games numerous games, as well as Riot Gauntlet charity tournament.

Undercity Nights kicks up on November 14 and features week-long gameplay improvements for a variety of games. Arcane Vi, this week’s cosmetic in League of Legends, may be obtained in the same way as the previous Arcane-themed skins: Simply win one game in League of Legends or play three games in any mode.

This week, RiotX Arcane approaches the end of its progression, with many additional rewards to be found throughout Riot Games. The following are the details:

Riot has traditionally held internal tournaments and events for its employees, but the Riot Gauntlet gives the live streaming community to the devs. Riot Games employees will compete against content producers from across their games on November 20 for a $100,000 charity contribution prize pool.

The last event is the Secret Cinema live event Enter the Undercity, which is exclusively available in Los Angeles. The goal of this event is to bring Zaun’s undercity to life. Tickets for the event are still available ahead of its limited run. Undercity Nights will run through November 20.