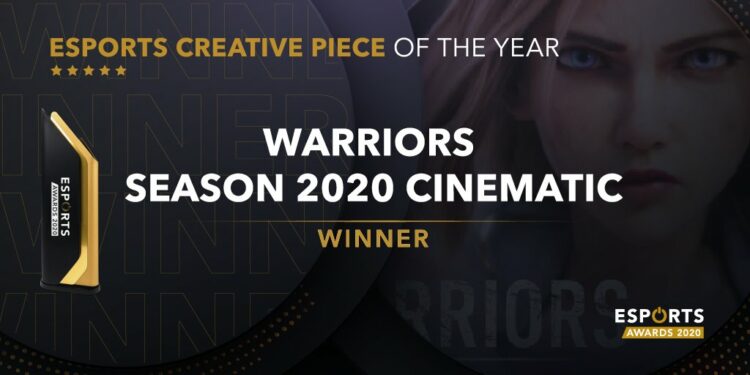 It is known that this “music” company also makes games…

The Esports Awards is an annual event that honors excellent individuals and organizations in the world of Esports. After many years of development, the Esport Awards widen the category of awards to include creative products of the community and game developers all around the world. And a few hours ago, Riot Games was named as the winner of the “Esports Creative Piece Of The Year” for the 2020 Warriors cinematic.

With the compelling music remixed from the Warriors track, the short film is a perfect sound and music party for the viewer, even non-League players. In addition, the content of the video also satisfies players who really enjoy the League of Legends lore.

In recent times, Riot Games has dramatically developed and promoted its entertainment content and videos. For instance, a series of K/DA virtual group songs have been released with extremely catchy and high-quality products. Even members including Ahri, Akali, Evelynn, Kai’Sa, or Seraphine seem to become real idols in the League of Legends community.

It’ll not be so surprising if this excitement continues to stir the gaming world and achieve more milestones with the next Riot Games entertainment products.