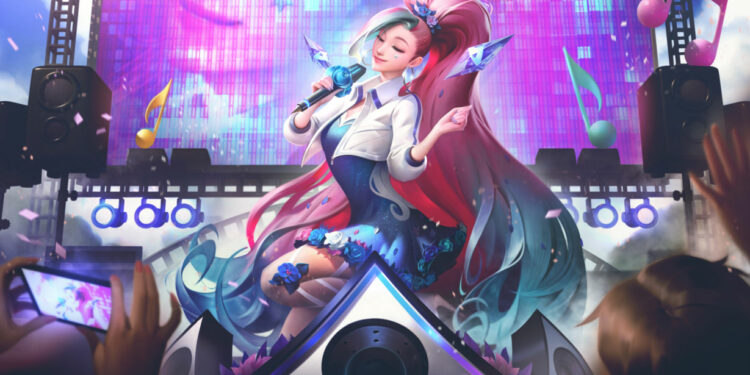 People seem to prefer Seraphine in Support role than on Mid Lane.

The 152th Champion – Seraphine was introduced to be a Champion which can be powerful in both Mid Lane and Support Role. However, she just has been released a few days, but players realize that she is better in Support Role than on Mid Lane. This demands Riot to buff Seraphine in the near future.

Even more, players are complaining that there is no reason to pick Seraphine on Mid Lane. There is one simple reason not to pick Seraphine is her Passive, it needs to interact with her allies, which makes her a good Supporter. Many players concerned that Seraphine will follow some older Mid Lane Mages path, not strong enough to go Mid then pushed to Support Role.

In response to these demands from the community, Riot Reav3 – product manager for Champions in League of Legends – leaked that they are finding a way to buff Seraphine in the future, in order to make her comeback on Mid Lane.

According to LoLalystics, Seraphine pick rate on Mid Lane is really low, nearly 20% and the win rate is 46.6%. Meanwhile, she has a higher pick rate in Support Role, at a proportion of 76.6% and a win rate at 48.35%. It seems like Seraphine is truly stronger in Support Role.

The complaints from players are reasonable, she has a big problem in clearing waves and control Lane at Laning Phase. This leads to a fact that she can easily lost her lane and must play passively.

As players mentioned, Seraphine condition is really bad, it is hard to balance her power on Mid Lane. If Riot directly buffs Seraphine in her damage, she will become a more powerful Support with good Poking Ability. Maybe, there is an option for Riot to buff Seraphine, by increasing interaction with AP items of her Skills. In any way, Riot will go, hopefully, that they will not create another ‘monster’ on Mid Lane.