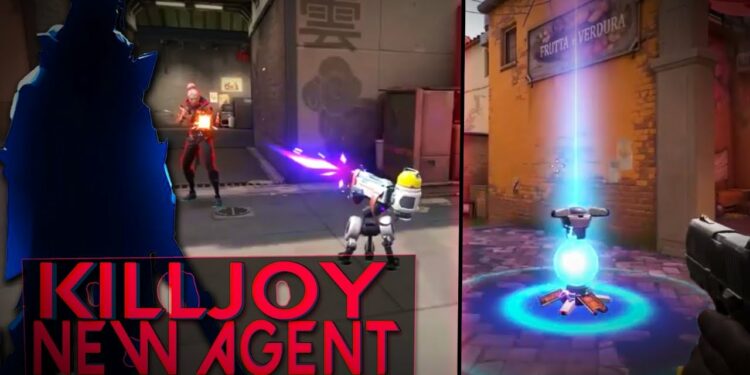 Riot Games unofficially conformed that Killjoy will be Valorant‘ next agent in Act II through a leaking link name “Enter Killjoy” on playvalorant.com.

Besides many rumours and expectations about the 12th Agent, on July 27 Riot Games accidentally leaked a now-deleted link on their Valorant official website playvalorant.com named “Enter Killjoy”. The link led to a website that revealed all Killjoy‘ abilities in detail and gave us an overview of what Killjoy‘ role in the game.

It’s seem like Killjoy is a classic turret-wielding FPS character. She takes a lot of inspirations from Overwatch’ Torbjörn or Team Fortress 2’ Engineer. They come equipped with multiple deployable abilities, including a devastating 180-degree turret, and an “alarm-bot. It’s worth remembering these ability descriptions may not be the exact wording that appears in-game. Instead, it’s from Killjoy’s perspective, and seems to be “written to roast Brimstone,” at least according to Riot’s intro on the Agent reveal page.

“Equip and deploy a bot that hunts down enemies who dare to get in range ( similar to Raze‘ Boom bot ). When my killer robot friend reaches its target, boom goes the idiot. Alarmbot not only deals damage, it temporarily leaves affected targets vulnerable to double damage from all sources. Hold equip if you want to recall your deployed bot.”

“Sometimes it’s good to plant some roots. Deploy a turret that fires at enemies within its 180-degree cone. Hold equip to recall the deployed turret. With my turret, I can hold an area pretty well myself while the others cover the angles I can’t”

“OK check this out. Throw the grenade. When it lands, it goes quiet. Then, activate the Nanoswarm to deploy a damaging swarm of nanobots and catch the enemy crying.I love this trick!”

“You’ll have to adjust your timing for the windup, but once you get this device going, it detains all enemies caught in its radius for about 8 seconds. Yeah, enemies can destroy it — except I built plenty more.”