Could it be possible for Riot to make an entire “Absolution” cinematic just to advertise 2 new Legendary skins? 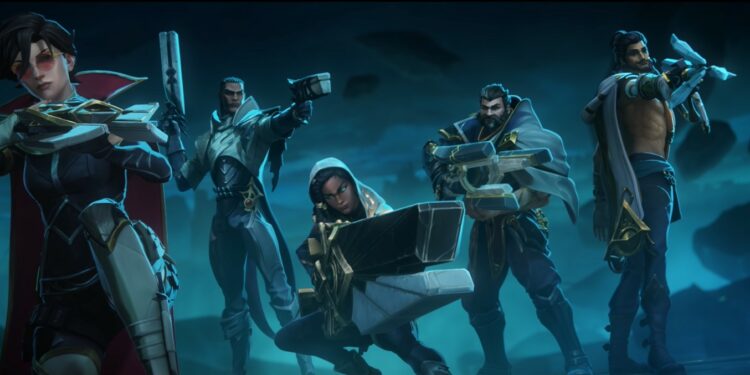 There are, however, still exist some unsolved issues about this incident, as well as the contradiction between the real existing lore and the cinematic. Though, for the time being, it can be stated that Viego has been put down, and anything that happens for the remainder of the event might as a sneak-peak for future events.

While there are a number of unresolved issues and the Absolution cinematic does not correspond to the in-game event, it appears that players are dissatisfied with how things ended, particularly the lack of any Sentinel champions other than Vayne and Graves.

Of all the Sentinels of Light skin released in this event, Riot featured just two legendary Sentinels of Light out of the numerous that appeared in the Visual Novel. The other Sentinels champions like Gwen, Senna, Lucian and Akshan all showed up with their default skin.

However, in the first Riot cinematic, Lucian and Senna hired Vayne, who transformed into a Sentinel with an entirely new outfit. Graves, in contrast, was only seen in the Visual Novel. In reality, other champions could have had a better storyline compared to Graves.

Or, as some players think, Riot wanted to showcase their Legendary skin. Sentinel Vayne and Sentinel Graves both cost 1820 RP, which is far more expensive than others, which only cost 1350 RP.

As a result, it’s possible that Riot just wanted to sell both skins and so marketed them explicitly rather than showing the others. This has resulted in lore flaws in League of Legends, and players are quite dissatisfied with Riot’s handling of the matter.