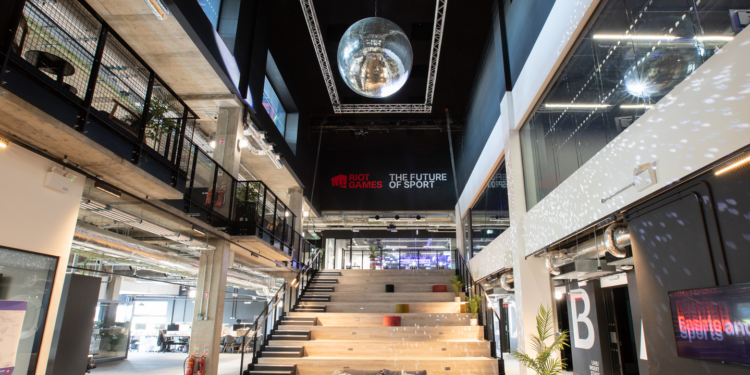 The first facility has opened in Dublin, Ireland after 3 years of development. It is the first of 3 remote broadcast centers that will receive live broadcast feeds from competitions to produce, broadcast, and translate content for millions of esports fans around the world.

In the future, two new Project Stryker locations will open, one near Seattle, USA, and the other in Asia-Pacific. Each facility will be spaced eight hours apart so no matter if an event is in São Paulo, Seoul, or Copenhagen, the esports competition will have the support of a Project Stryker facility.

These facilities will help productions create unique shows across a variety of languages bringing the global esports experience closer to home. They will also feature AR/XR sound stages and multi-purpose insert studios to unlock more creative production opportunities for our games and entertainment teams.

Project Stryker will be powered and sponsored by Amazon Web Services

Amazon Web Services, Inc. (AWS) is a subsidiary of Amazon that provides on-demand cloud computing platforms and APIs to individuals, companies, and governments, on a metered pay-as-you-go basis. The company’s revenue is at $62 million dollars in 2021.

Furthermore, AWS will be enhancing the content around esports events by providing in-depth stats and insights in real time. Here’s what fans can look forward to:

And of course all that $$$ from Uncle Jeff will buoy up Riot’s budget for many years to come.