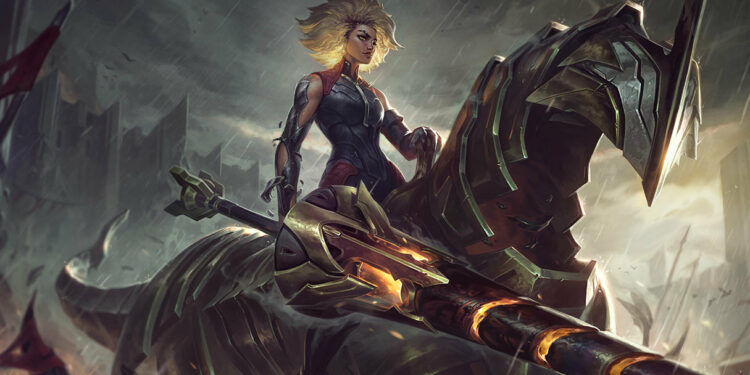 Rell might be the next champion to receive a mid-scope update, similar to the recent mini-reworks for numerous champions since the start of season 12

Rell was announced in December 2020 as another tanky, engage support for the game, similar to Leona. Riot, on the other hand, promptly smacked her with many nerfs to her kit. This has been difficult to face since Rell’s release because of her heavy kit, which means she can’t start a team fight like engaged supports generally can.

All of this has piqued Riot’s interest in a prospective “mid-scope update,” a sort of mini-rework that the devs have been pushing hard recently.

“Rell is a Champion we talk about as a possible target for a midscope update. We think we could potentially smooth out some of the issues brought up in this thread with a update like that. We haven’t started work on one yet, but she is a Champion we feel is fairly high priority,” according to Riot Reav3 comments on a League of Legends subreddit post.

The main issue, as mentioned by the Riot dev, is that she fails to come close to her fantasy. When Rell was still under development, Riot devs fantasized about a new horse-focused champion that slowed down when she dismounted. When she entered her testing stage, the speed boost provided by her mounted form caused her to become overly focused on roaming, pushing her away from the typical bot lane duo. Mireles indicated that the concept was canceled because it was “unhealthy.”

Eventually, Rell became more concentrated on her tanky characteristics, such as offering shields and long durability, without that fast/slow gameplay. The alteration moved her further towards a Leona replica, which is how she finally shipped.

“I think we probably need to re look at her and see if we can push her power elsewhere (not in roaming power) in a way that could give her a more unique identity and separate her from Leona more.”

Rell’s changes would consider providing her the “super fast horse rider power fantasy” by changing her kit. The devs do not want her to be seen as Leona 2.0, as she is being considered now, but rather as a distinct option to a more unique champion.

No modifications to Rell have been planned as of yet, but players should expect to receive more information from Riot in the near future.