Riot reveals first trailer of Vex and her abilities 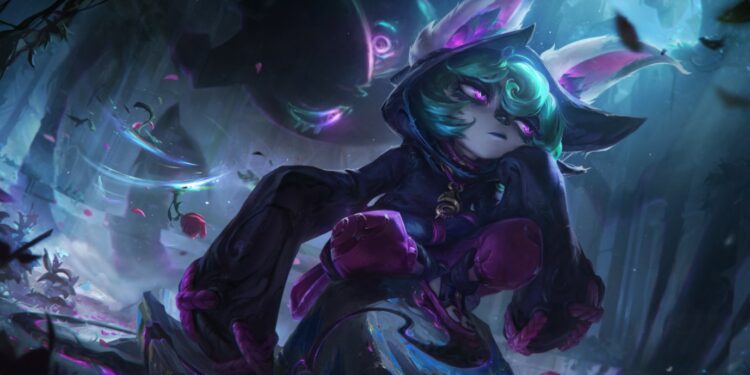 Vex is confirmed to be the newest champion to join League of Legends ever-expanding roster.

Riot Games revealed that Vex will make her debut in the game in September. During the month of September, the game will receive two patches: 11.18 and 11.19. Both of these patches are mainly to serve Worlds, and with the arrival of this new champion is set to be released shortly, it will be fascinating to see if she will be allowed to compete at Worlds or entirely banned throughout the tournament.

Vex, a gloomy yordle mage who can tackle mobile champions

According to the trailer, Vex will likely be a control mage. She is a yordle who despises happiness. The trailer originally shows champions like Zoe and Ivern who are always cheerful and smiling. Vex, on the other hand, became irritated by this and eventually began to use her shadow to take them down.

Her abilities in League of Legends will focus upon her usage of shadow, as previously revealed by Riot. She appears to be a mid-laner, as the same with other crowd-control mages. The outcome of matches will be determined by her scalability and ability to control the game. As a result, her entrance into League of Legends may significantly alter the game’s dynamics.

She can inflict terror in champions by splitting them and then taking them on individually, which may be useful in team fights. Her scaling, on the other hand, will be an issue. If it is sufficiently broken, Riot Games will likely ban her from World Championships.

The trailer clearly depicts a champion that will be a lot of fun to play and has a high skill cap. She will also be the first champion to be released since Kled in 2016. Many League players will be interested to see what her abilities can do by the time her abilities is officially revealed to the public.