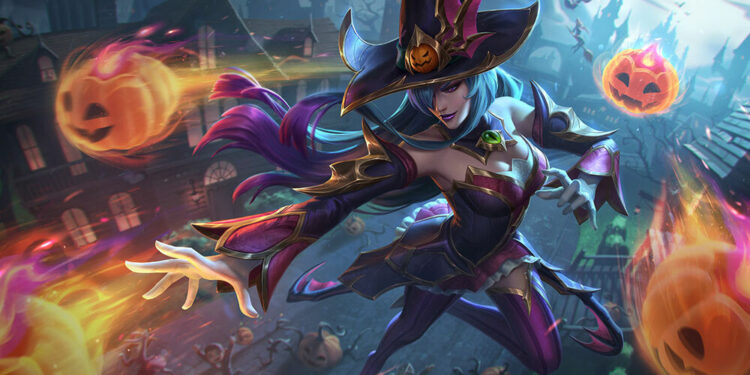 Syndra will be the next champion to get a visual update in League of Legends, according to Riot Games.

Syndra’s original skin, as well as some of her skins will get a totally new VFX updates from Riot. All of her skills, abilities and auto-attacks will have their spell effects aesthetically enhanced, with Dark Sphere getting the most attention.

When the update goes live, several of Syndra’s skins will receive aesthetic changes. According to Riot, in this case, her base skin, along with her Justicar, SKT T1 and Queen of Diamonds skin will have complete and brand-new visual effects while the SKT T1 will be mirroring the base changes and Queen of Diamonds will be similar to her original skin.

Her Snow Day skin would undergo quite significant modifications too. Yet, on the other hand, Atlantean, Star Guardian and Pool Party will only be receiving minor updates.

It is also worth mentioning that the champion’s newest skins from Withered Rose and Bewitching won’t be having any VFX updates.

Syndra will become the 7th champion to undergo a VFX updates and also probably the last in 2021 when it launches later on. Hecarim, Rammus, Kog’Maw, Dr. Mundo, Lucian, and Zilean all received visual updates earlier this year.

“Similar to the previous VFX updates we’ve made in the past (Ziggs, Zilean, Malzahar, etc), we’re working on updates to the Visual Effects (VFX) of champions whose spell effects are in need of some love. Our aim is to get their VFXs to current League standards and improve gameplay clarity.”

For now, the updates will shortly be available on the PBE server. Players will expect these changes on the live server in patch 11.21 on 20th October.