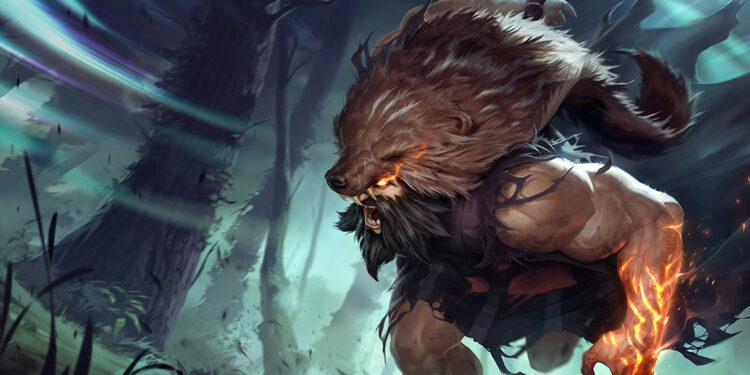 Udyr rework is expected to be released in 2022.

Some preview of Udyr reworks process have been teased in League’s latest champion roadmap. According to the devs, Udyr is going to receive a “huge makeover” which means a completely new look as well as his kit in the near future.

“We’re still super early in development, so we don’t have quite enough content to fill an entire blog, but we should have one coming in a few months,” Riot shared in the post.

Udyr is a winner of Riot’s Player Choice VGU earlier this year in which he passed over the remaining four opponents including Quinn, Shyvana, Skarner and Nocturne to become the next champion rework. The champion’s current state possesses relatively simple gameplay with somewhat old and outdated in general compared to the newly released League characters.

Udyr rework has long been a hot topic of discussion on forum pages and left a huge pressure on Riot. On the other hand, he ​has also made a very spectacular comeback in pros play this season. Thanks to the huge benefit Turbo Chemtank brings that made him become the hot pick jungler in the season 2021. According to League stats site gol.gg, the champion has engaged in more than 71% of all games in major regions this season. Because of such hotness, fans are eagerly waiting for the rework.

In terms of gameplay, Riot plans to make Udyr’s different forms more effective in combat. “Our goal would be to build a kit where all forms feel meaningful and useful, regardless of balance state,” Riot said earlier this year.