The Community Think That Riot Should Stop Releasing New Champion 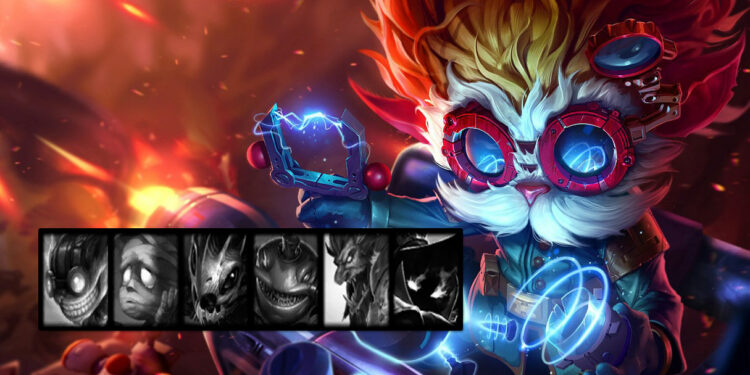 Up to 6 League champions are falling into “RIP” status on Op.gg

With the launch of Viego, 154 champions are currently in the League. According to details reported by Riot Games, 3 new Viego – related champions will be released this year. It is true that the new champion would give gamers excitement. On the other hand, minor part of fans, who are not satisfied with the pace of the quick release of the champions.

There are 6 champions, including Amumu, Kog’Maw, Tahm Kench, Ziggs, Veigar, Trundle, in the “RIP” status, according to the Op.gg website, which means they don’t have enough details, even at a minimum, for statistics. Moreover, a section of the players suggested that Riot should decelerate the release of the new champions to rework the old champions.

According to op.gg we have 6 “RIP” champions

Its so weird when Ziggs,Trundle,Veigar,Tahm, Kog, Amumu are not picked enought to have any stats about them on op.gg are in same game with Kai’sa who is literally picked in every second game. Riot adding more and more new champs, but league community can’t grow that fast, so we stucking with situation when you have new fresh and flashy champs who receiving more love and attention than old ones, they really need to slow down with new champs and start to look at what they done, I am not ask to sudenly VGU +- 15-20 champs, just try to give them mini reworks and fix their problems(literally any champ with 1-2% pickrate on main position have problems like that).

Look at Wu and Diana reworks in last season that made them a little bit healthly and waay poppular(at least works for Wu), why we can’t have stuff like that instead of something like katarina rework that had no reason to exist?

You can recognize that Riot also adds champions to the game with skill sets and immense powers. Aphelios and Samira are great examples of this. But these champions like this generate so many issues that Riot needs to fix

It is clear that champions that last a long time in the game, without adjust for a long time, would not be as appealing as new champions. That’s why in the League of Legends, many champions slip into a neglected condition

They noticed the issue on the Riot Games side, and decided is to rework old champions. Rammus’s ult has been reworked, Tahm Kench’s pledge of tweaking or Dr. Mundo’s rework are constructive moves from the side of Riot. League of Legends, though, has so many champions becoming outdated, and Riot needs to deal with this ASAP.