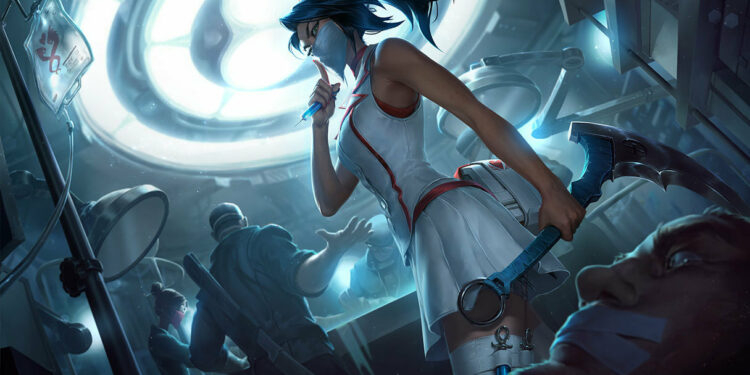 There has been one more update in League of Legends before Worlds 2022, and it’s excellent news for everyone’s favorite assassin, Akali

Patch 12.18 only went live yesterday, but it’s already among the most discussed update about League of Legends patches in recent times. While there are many of discussion points for Patch 12.18, a Redditor appears to have unearthed Akali new QoL (quality-of-life) tweaks that Riot covertly implemented in a quick hotflix.

Akali, who was not mentioned at all in the patch notes, received a cutting-edge update that now grants her Shuriken Flip True Sight.

This will last for three seconds, after which she can dash back and begin fighting back her opponents. Furthermore, like Lee Sin with his Sonic Wave/ Resonating Strike, Akali may now recast Shuriken Flip on invisible/camouflaged targets.

Her Shuriken Flip did show enemies in Fog of War or brushes in the past, but it never showed stealth targets, much alone permitted Akali to repeat the spell on them.

This is a minor but substantial adjustment in how the champion fights stealth champions like Rengar, Kha’Zix… When she can see her target’s exact position through stealth, she can more confidently go in for a quick combo.

It’s not a huge change, and it’s only applicable in certain matchups, but it may be the difference in such instances. So, it will be fascinating to see how things go now that the buff has been added to the game.