Riot to implement a counterplay against burst damage 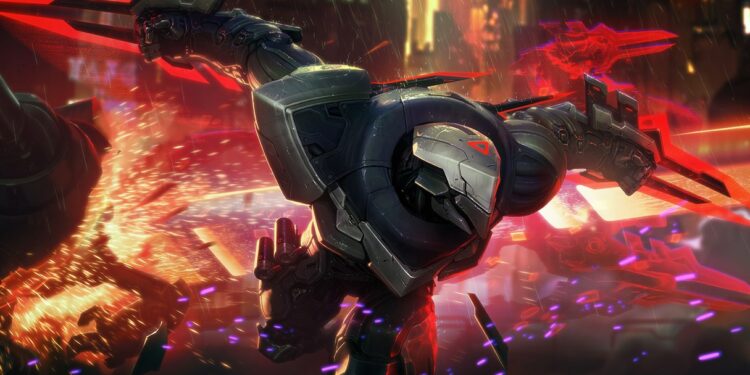 League of Legends has evolved rapidly in terms of gameplay and mechanic in recent years. Every season appears to add more spice to it – and fewer means to prevent it from broking the game, from the rework of runes to the Season 11 item changes.

In the upcoming season 12, Riot Games has shared their most recent gameplay ideas and wider processes for 2022. The latest Quick Gameplay Thoughts post is on several important factors with League of Legends at the time, particularly is the adjustments of burst damage.

For a long time, League of Legends players have been talking about damage increase. As champions get more sophisticated, damage appears to be contributed to more and more components of their kits. From the latest champions like Vex, Akshan, or Viego, many new champions end up having massive burst damage when they first appear.

Riot said it is still investigating how burst damage works in League of Legends, but developers feel it is too high and occurs too frequently in the game.

“We want to keep the game exciting with high stakes decision-making, but we also want to ensure that fights are reasonably understandable and counterplay is still possible,”

“We’re still very early in this investigation, but our current belief is that burst kills happen too quickly and too often.”

Riot is focusing on particular areas of damage. While burst mages and assassins are no exception, they generally aim to reduce damage in the mid-late game versus very low defensive champions.

The benefit of late-game combat being more engaging with better structure did not exceed the drawbacks, with Riot opting for more targeted modifications rather than a complete redesign.

“The goal isn’t to ensure you can never get one-shotted, force a ‘tank meta,’ or any other hyperbolic ideas,”

Following the long-term investigations, Riot has addressed the issue of healing creep, with runes and items providing enough sustain for champions that require it in order to stay healthy. Both of these concerns will require time and will not be handled in the near future.