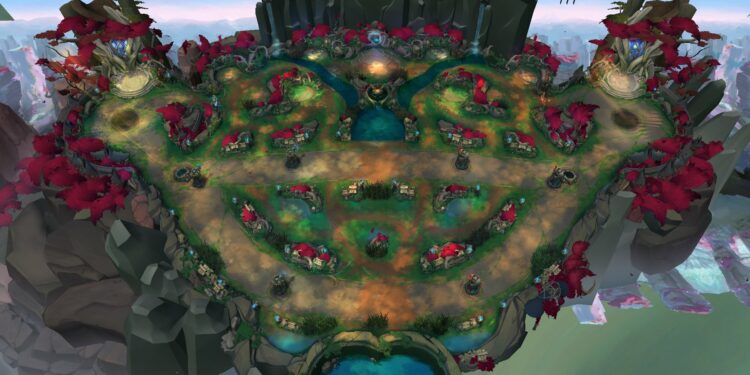 Riot addressed the demand from players for fresh skin thematic concepts, and Nexus Blitz is available on the next patch.

A word from the skin department.

In recent years, Riot has been recycling lots of popular skin theme (aside from seasonal and festive skins), such as PROJECT, Pulsefire, Bloodmoon, Coven, High Noon,… While players had been excited about who will be the next one to receive the PROJECT cybernetic upgrade, the reaction has been going sour lately toward an overused theme. This is evidently shown in how players react to the 2020 Pulsefire release.

With this in mind, Riot Games decided to beef up their talent and resources into devising brand new skin lines, delivering better content to players instead of beating those dead horses over and over again. Meddler mentions that Riot will revisit some old cosmetic theme now and then, but more factors will be taken into consideration. According to the Quick LoL Thoughts: June 19 article, the High Noon and the Star Guardian skin line will most likely return in the future, due to its strong popularity, better creative potential than other themes, and high demand among the fan base.

That’s said, the Spirit Blossom event teaser witnessed an improvement in Riot’s ingenuity in designing something similar to the Immortal Journey alternative universe yet looks vastly unique. We can only hope this trend to continue so the players can enjoy the fruit from the labor of the skin designing department.

In addition, earlier this year Riot promised that one-trick ponies of less popular characters will expect to receive new skin in months instead of 1000-odd days. That means champions like Skarner, Ornn, Syndra, Vel’Koz and Kassadin who previously held the title of over thousand days spent in the waiting room will no longer have to complain about not receiving anything for years.

What to expect from 2020 Nexus Blitz?

2020 Nexus Blitz, while retaining the same gameplay concept as the 2018 iteration, will feature a rather massive change list to make the game mode less frustrating to play.

Much like URF, champion-specific nerfs and buffs will be introduced as a countermeasure to prevent champions from either being an absolute power house or underwhelming in this temporary mode. Champions with infinite scaling passives/ abilities and Dark Harvest will most likely to be nerfed due to how often deaths occur in this game mode. Characters with overly effective AOE abilities or reset mechanics, such as Miss Fortune, Master Yi, Katarina, and Fiddlesticks, are speculated to be good candidates for a little tuning down as well.

More changes are scheduled to be brought upon the two weeks span game mode in Patch 10.16, per Riot Meddler. Mordekaiser and Ivern are still “not working properly” for the mode.