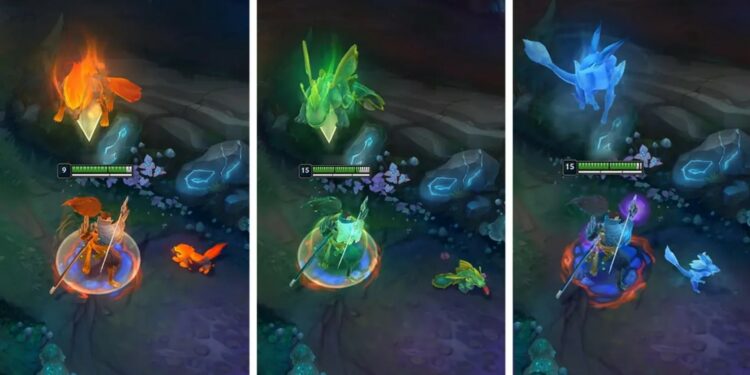 Last year’s League of Legends preseason incorporated and updated a variety of gameplay elements, including changes to items, champions, and roles. During this time, Jungle Pets, a brand-new feature, was added to the game. These pets are the most major additions to the game, and they have completely changed how the jungle position is played.

These are companions who accompany you around and help you clear the jungle camps throughout the game.

Jungle pets make jungle play easier than it was previously, and the easiness of the position has many League players worried about its impact.

Riot explained why they added the Jungle Pets to League

Matt Leung-Harrison, a League developer, appeared to Twitter earlier today to explain why Riot added jungle pets to the game with the opening of the 2023 preseason.

Riot apparently set out to make jungle more approachable to beginner players, as these sorts of players didn’t comprehend any of the prior jungle items’ principles.

While solo and duo lanes are largely easy, the combination of PvE and PvP for junglers, and properly optimizing that balance have sometimes turned players off the position completely. Jungle pets were among the major adjustments made to the role in preparation for the next ranked League season in an effort to make the position more accessible to new players.

And, as of 2023, the adjustments to the jungle appear to be working rather effectively. The efficacy of players in the position is greater than ever, and statistics show that junglers have a greater influence on games than ever before.

Furthermore, according to League statistics site League of Graphs, jungle is the second-most popular role to begin 2023, with over 21% of all players holding the position. Meanwhile, jungle is the most popular position at Master rank and higher.