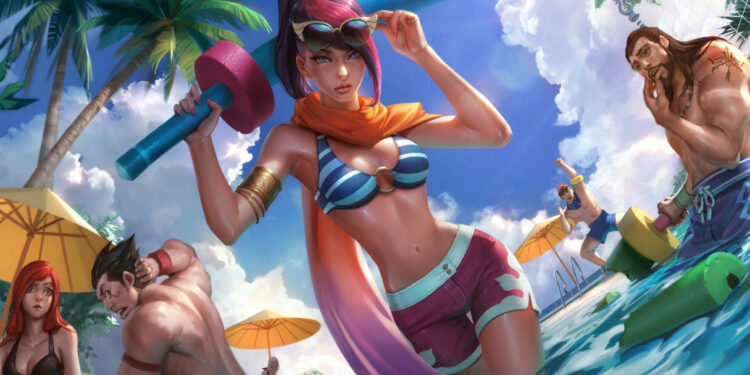 Riot Lydia, software engineer on Valorant, came out with a story of her incantation with sexism at Riot Games

It’s worth mentioning that the pic was posted on her personal social media, not under Riot handle

It’s one thing if Lydia posted the swimsuit picture on her work socials, that could be seen as unprofessional even though there was nothing wrong with that either. But she posted on her personal account consistent with privacy and company policies.

One must ask the question: Whoever reported Lydia to HR must have seen the personal post, so why are they stalking her on a private account then file a complaint? The creepiness of the situation gives me the chills.

For a company that makes money of swimsuit skins like the Pool Party skinline, preventing their employees from posting real swimsuit pics seems a bit ironic.

Lydia has since posted a small update

Keep in mind that HR is there to protect the company (Riot in this case), not you. If you ever encounter an issue where you’re working, we recommend you save all evidence, screenshots and such, contact your lawyer if the situation is serious before contacting HR.

This isn’t the first time Riot has gotten in trouble with sexist culture.

The incident dates back to August 2018 when Kotaku reported on the extremely sexist work culture at Riot. Woman were subjected to sexual harassment, unfair hiring practices and distrust in their abilities.

The backlash of the incident has prompted Riot to thoroughly revise their ‘core gamer’ culture and policies to combat sexism as well as preserve their reputation especially at the height of Me Too movement, and the shockwave the scandal sent was felt throughout the entire gaming industry, culminating in the recent controversy with Blizzard Activision.

In an environment dominated by males, it’s easy to develop a hostile culture towards women that takes strong, consistent commitment to combat. We hope that Riot will once again reaffirm their resolve at fixing and improving conditions for women, not just because it’s good for their image, but because it’s the right thing to do.

LoL community is no stranger to gender-related controversies. We recently reported on a KR female streamer being stalked in-game.