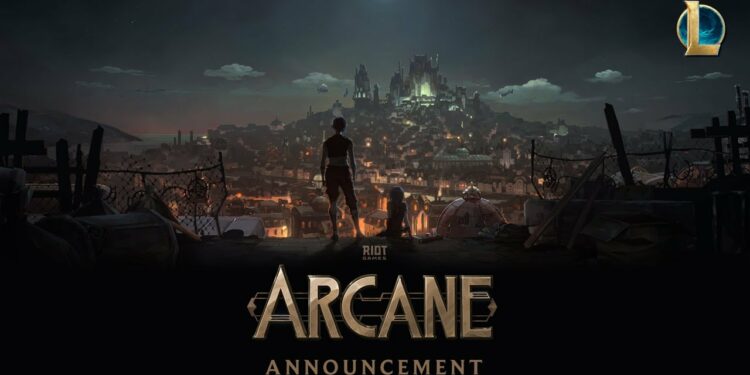 Are you ready for another collaboration from Riot Games?

Arcane, the highly anticipated League of Legends Netflix series, will air in less than two weeks. To add to the excitement, Riot Games teased a new song titled “Enemy” today, along with a prospective music video.

The trailer begins with a line stating that the video is produced by Riot and Fortiche Production, a popular Paris-based studio that, in addition to animating Arcane, has assisted in the creation of various League cinematics such as “Get Jinxed,” the “POP/STARS” music video, the “RISE” music video, Ekko’s “Seconds” cinematic, and the “Warriors” cinematic for Worlds 2014.

Fans can see a little Jinx sitting down to play with a wind-up monkey in the video. She stares, sad-eyed, as the toy comes to life and begins to walk away from her. This is particularly noteworthy since the identical wind-up monkey appeared in her music video for “Get Jinxed.”

In terms of the musicians, the song will feature a well-known name in the form of Imagine Dragons. The band previously collaborated with League of Legends on the 2014 World Championship theme song, “Warriors.” The music video for the song has had 335 million views in the past seven years, making it one of the most memorable Worlds themes of all time.

JID, an American rapper, will perform with Imagine Dragons. The 30-year-old artist is signed to J. Cole’s Dreamville Records and will make his debut. He’s also working on a new album, The Forever Story, which is due out later this year.

Riot’s new song will be released on Thursday, October 28 at 6 a.m. CT.