Riot’s discussion on why they want to rework Amumu 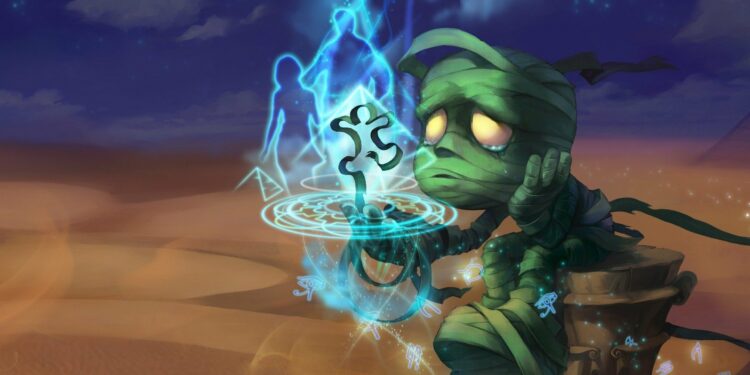 In an earlier dev blog post, game designer AzuBK detailed Amumu’s changes, outlining Riot’s strategy to making champions interesting at all tiers. Even though the aim was to make him as a more viable choice for high-elo, it was still considered a “delicate undertaking.”

Amumu also got buffed recently along with his Q adjustments

R – Curse of the Sad Mummy

To actually make some unpopular champions back in the Summoner’s Rift, developers take three factors into consideration while assisting these champions. Riot wants to improve what players enjoy about the champion and make more ambitious improvements and mechanics rather than basic stats buff.

So for champions like Amumu, whose presence isn’t much popular in high-elo, small adjustments weren’t just good enough.

With his new Q, the team hopes that Amumu can have to himself a more flexible playstyle, as well as the ability to farm faster, gank better and can even target more opponents in the backline. AzuBK says he’s no longer a “sitting duck” after casting the first Q, drastically increasing his domination in all aspects of the game.

These changes will hope to make him more flexible as this hits the live servers. However, Riot may consider taking him down a notch in a future patch if he’s dominating solo queue.