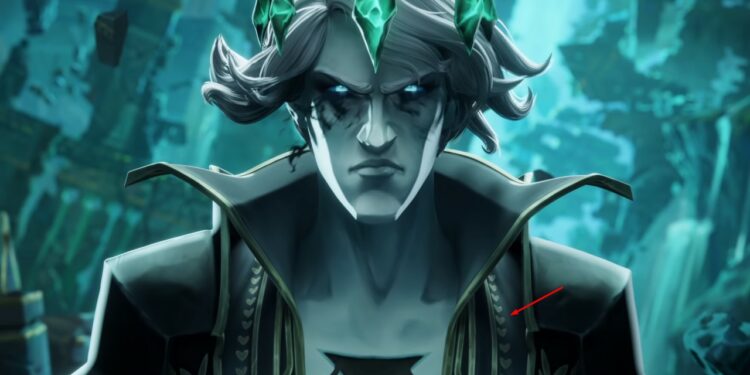 On yesterday-October 31, in addition to the 2020 Worlds Finals between Suning and DAMWON Gaming, Riot Games also unveiled an incredibly extraordinary trailer for its latest title. Riot’s latest game is called Ruined King: A League of Legends Story in the single-player turn-based genre. This game was introduced in early 2021 for release.

The most amazing thing about the above trailer is that after several years, the Ruined King has finally appeared. Despite the notion that this character existed only in the newest game title, a gamer pointed out that the appearance of the Ruined King in the trailer had coincided with hints about the newest League of Legends jungle champion. The introduction “romantic gladiator” which was given by Riot Games in the Champion Development Roadmap article also matches the heart-shape details on Nameless King’s Jersey.

In the ruined king official announcement trailer that came out recently, we can see that the symbol on the sword of the ruined king matches the one on the ring that was shown in the latest roadmap!

Edit: You can also spot heart symbols on his clothes that match the ‘romantic’ description!”

With the above details, many gamers have affirmed that Ruined King will be the newest jungler champion to join of League of Legends. To mention the way how he has been developed by Riot Games, from his storylines, lore, even to relationships with other champions over the years. With that being said, many gamers have been expecting this character to join League of Legends because it will open up interesting stories and interactions and possibilities for development in the future.

Of course, the story of Ruined King to join of League of Legends still only stops at a “conspiracy theory” from the community. We still have to wait for the official information released by Riot Games about this new champion to make any confirmation about it.