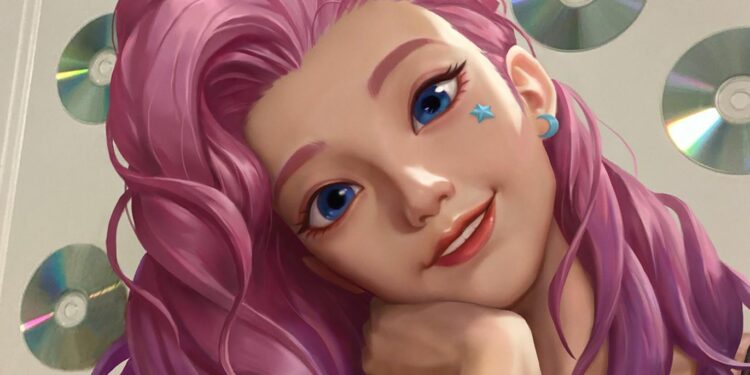 Today, on Reddit, user u/Roboticways has just claimed that he has finally found the artist behind the beautiful voice from the song on Chinese LoL sever – who may also be – the voice artist for Seraphine.

NOTE: These information are not yet confirmed – These are base on pieces of information that have been posted by u/Roboticways on Reddit.

Who is the true artist behind the beautiful voice of Seraphine?

Just as today, both Redditors and League of Legends player community have been stirring with a theory from a Reddit users which suggests that he might have already found out who is the artist that did the vocal part for Seraphine – The mysterious champion of League of Legends.

Recently, there have already been rumors about Seraphine, who is supposed to be the next champion to be released after Samira – at least based on what we already knew from the official champion Roadmap.

And not just that, there was also a mysterious song that has been put on autoplay for every player who logged into the Chinese League of Legends Client from yesterday – as the song was suggested to be the next 2020 Worlds Theme Song, there were also theories around it that Seraphine will be the one who performed it – since this champion carries a musical theme and there was also hints that are related.

Today, on Reddit, user u/Roboticways has just claimed that he has finally found the artist behind the beautiful voice from the song on Chinese LoL sever – who may also be – the voice artist for Seraphine.

“Her name is Chevy, and she does Ukelele covers on youtube as well as a few original songs on her SC. This is the link to her SC (see on pic).

Seradotwav, the name that Seraphine goes by on her socials, is extremely similar to Chevy’s manager… Soradotwav. Who Seraphine happens to follow on Twitter.

Both Seraphine and Chevy’s Soundcloud accounts follow a guy named Shawn Wasabi, if you’re unfamiliar with the LA music scene, Shawn Wasabi is a bedroom pop producer, that Chevy happens to have a song with.

Chevy has insane vocal range, and if you listen to the newest Seraphine cover and then listen to Chevy’s music, it’s definitely the same voice once you take into account the production level at Riot as well as the autotune on her voice.

Soradotwav, Chevy’s manager, also happens to be a songwriter himself. He tweeted out recently that he is working on 3 original songs that will be releasing in October…. right after he tweeted at Seraphine saying they are destined to collab. here are the tweets

Seraphine and Chevy’s music tastes and art styles are very similar based on the types of people they both follow on Soundcloud and Twitter.

Before you say that her voice is too high, she can sing lower too as in this song https://soundcloud.com/chevyha/sets/check-out-my-new-collab-w … like come on this is obviously the same singer.”

Tell me what you guys think! Im 99% sure these are the people behind Seraphine

TL;DR Riot has siphoned the Asian community in LA to find the singer Chevy and her manager/songwriter Soradotwav, to create Seradotwav aka Seraphine.

Ninja Edit: She also suspiciously stopped posting covers 2 months ago on her youtube, around the time Seraphine began posting. Here is her YT for anybody interested. https://www.youtube.com/channel/UCYonnZSZPYSSJ1zwDRSj3Uw

From the pieces of information and evidences have been given, It can be that he has finally found out the true artist – which can even led to more information or leak about the upcoming release of Seraphine. Here are some reactions from Redditors in the post:

All are very promising possibilities – but don’t forget, these are not yet confirmed by any mean neccessary, which means, there are also chances that these theories are misleading and the true artist is still around there, many secrets and surprises are yet to be revealed, all we can do just now, is waiting.

What do you think? Do you like the theory? Is it possible or not? Feel free to leave a comment and we will bring you more information about the upcoming release of Seraphine!