Rumor: The Upcoming Ultimate Skin Will Belong to the Popular Female Marksman! 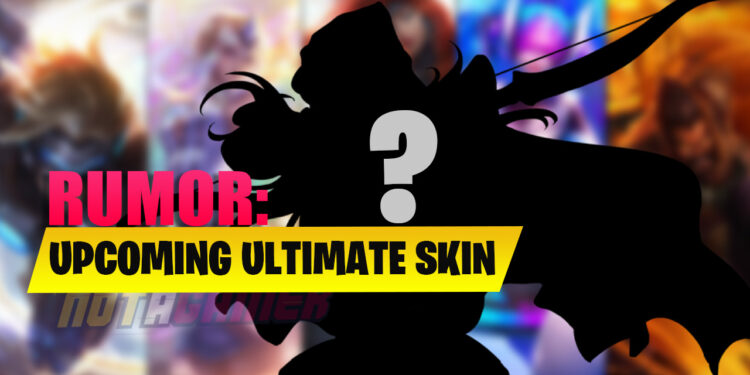 Rumor: The Upcoming Ultimate Skin Will Belong to the Popular Female Marksman!

A few days earlier, Riot Games announced that they were currently working on a new Ultimate skin that will be shipped later this year.

They certainly did not state the champion or release date, however, they only revealed that technological innovations will be included in this skin during development.

Not long later on the Reddit platform abruptly exposed the next details about this Ultimate skin. The user named u/PoolPartyTaliyah has posted a photo that features the forthcoming Ultimate skin details which were upload by League’s official Weibo account. Nevertheless, the post was promptly removed.

New Ultimate skin will belong to a popular female marksman

It was posted by official Weibo and has been deleted.

According to this Weibo, a popular marksman will get the new ultimate skin. And they refer to this champion as “she” in the passage, so it must be a female champion.

This post’s content is about Riot planning a new 2020 Ultimate skin for the most popular ADC.

Just after this post became well noticed, the League community has discussed furiously which the champion would be favored for the Ultimate skin. Currently, in the role of ADC, the most prominent female generals such as Caitlyn, Kai’Sa or Vayne have been named as the top candidates to own this highest-ranked skin.

Caitlyn is currently a favorite marksman in both soloQ and tournaments

Up to now, there is no official information has been confirmed by Riot Games regarding the Ultimate skin. If this leak is true, after Ezreal Pulsefire and Miss Fortune Gun Goddess, this will be the third Ultimate skin that Riot favors for the ADCs.

Perhaps it won’t be Kai’sa as she already been confirmed to receive a Prestige. According to Riot, the champion who is going to have Legendary, Ultimate or Mythic skin won’t be received the Prestige Editions.

As for Ashe, she is currently confirmed to be getting Fea Dragon Ashe in the new Dragon skin line in patch 10.20. Therefore, Ashe is likely to “jump” out of the list. Besides, Vayne has already got Spirit Blossom this year alongside with FPX. However, eSports skins are not counted towards a champion skin “budget” this made it possible to Vayne although less likely. The other possibility, there won’t be these prominent names, instead, this skin will belong to Senna. In short, this is only a subjective prediction.

What’s your opinions? Let us know!