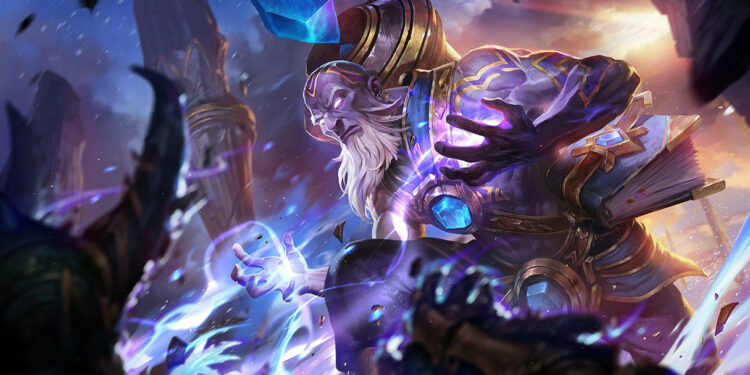 Following a nerf in Patch 12.7, the already struggling mid laner’s win rate continued to decline. He continues to have the lowest win rate across the board.

Ryze, a champion famed for apparently constant reworks since his release, suffered as a consequence of substantial nerfs in Patch 12.7, which aims to prepare for Mid-season Invitational.

His win rate dropped to 42% immediately following that patch, and it has since continued to fall. After the Durability Updates went live, numerous champions received good and bad improvements to their kit and win rate, but it seems that no one has such bad results as Ryze.

According to OP.GG, Ryze currently holds the League’s lowest win rate of 41.56%. Even before the nerf, he was the weakest mid laner for five patches in a row.

The Rune Mage had always been a monster in the League of Legends professional play. Players like Faker demonstrated to the world what Ryze was capable of, as he was Faker’s most played champion in Worlds 2015, with a perfect win rate.

Riot nerfed him in order to counterbalance his success, but the champion was already failing to win in solo queue.  So the community, particularly Ryze players, were devastated to see their beloved champion suffer yet another nerf.

However, Ryze’s nerfs have finally impacted the professional play. The champion has only been picked twice in MSI 2022 and has lost both. However, the nerf has a much greater impact in solo queue.

At this point, many are expecting that the Rune Mage will be reworked to make him viable in the game once more. However, given the situation deteriorates with each patch, Riot should solve the problem quickly.