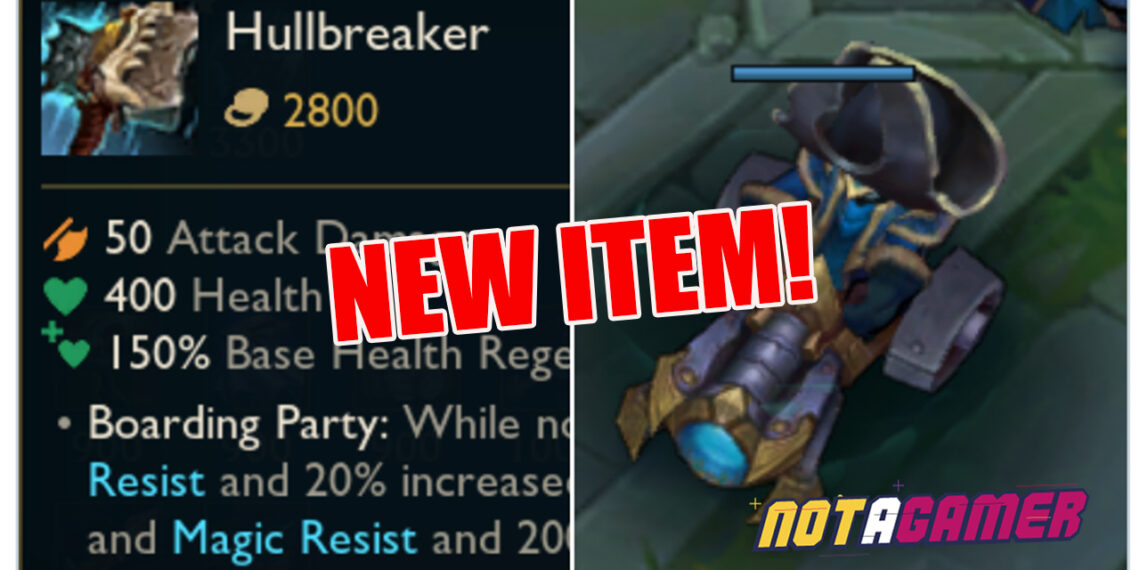 Say goodbye to Sanguine Blade and welcome a new item for split push.

In recent posts from Riot Games, they have been regularly mentioning adding some new items into the shop. According to Riot Games, there are two items for bruisers being released soon and they aim to strengthen champions specializing in split-push.

Finally, a few hours ago, RiotPhlox – Designer on the Summoner’s Rift team – officially announced the first new item in their plan, which was named “Hullbreaker”. This will be an OP item for bruisers with its ability to increase damage dealt to turrets while no allied champions are nearby. Meanwhile, Sanguine Blade will be removed from the game.

As soon as this item was revealed, the community really has been in chaos as this item seems to be too OP. Just ignore its passive, its stats appear to be too “cheap” for the price of 2800 golds. You always have 50 AD, 400 HP, and fast HP regeneration, which are extremely essential to bruisers, no matter where you are on the Rift. As a result, you can gradually get a lot of advantages without using its passive.

Of course, this item is still being tested and it will be adjusted hundreds of times before being released. Riot really needs to increase its price to over 3000 golds or at least reduce its raw stats to make it more balance. If not, this will be a disaster for LoL as it provides huge power with a relatively low price.