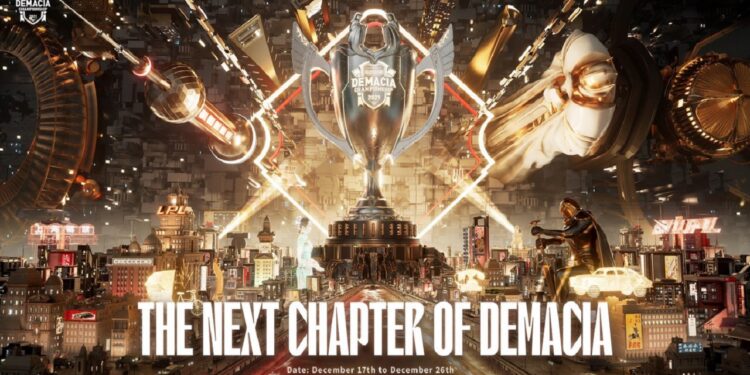 This scandal is so remarkable that Uzi – a “legendary” player of LPL, has been following it.

Demacia Cup is an annual tournament of LPL, which is regularly held around December. It is a precious opportunity for LPL pro teams to practice, as well as to test some of their comps with new players before the official Split begins. Demacia Cup 2021 has some changes in its format, which allows streamers from Huya and Bilibili to participate.

However, this change has led to a huge scandal in the Chinese LoL community for a few recent days. The story began when a team named XBW with the attendance of Mangofish (a famous one-champ Fizz player), took part in the tournament. Mangofish was the one who invited a streamer named Zhang to join his team as a leader.

This team had a nice beginning and was qualified for the Semifinals of Demacia Cup 2021 Qualifiers. This time, they met a team called Dream, also including well-known streamers. In a fight for the Dragon at the 5th minute, Zhang let the enemy Renekton teleport easily and for sure, his team lost that fight. Then he even teleported and was slain quickly.

After that, this player’s performance was blamed for match-fixing by his jungler and bot-laners. As a result, Zhang lost his temperature and ruined the game. When that match finished, Zhang was dismissed and Mangofish had to invite another player (a one-champ Jax player) to fill the gap, but the result was finally the same.

Then, the organizers of the Qualifiers decided to delete their result and gave a one-month-wage penalty to the streamers of XBW as they used an unregistered player. Nevertheless, a “plot twist” appeared when the screenshots about matchmaking of 4 players of XBW (except for Mangofish) were posted on social media.

The Support player of XBW then confirmed that they were involved in matchmaking at the Qualifiers of Demacia Cup 2021. Their cursing on Zhang was not because of the match. Their conflict started from the moment they found out that Zhang joined another “matchmaking” group chat. Mangofish also admitted that he was drawn into matchmaking with 5000 USD per match, but he finally refused. This scandal attracted Uzi and he even watched it on his stream.

After this scandal, the organizers of the Demacia Cup honestly need to consider their decisions. This tournament should come back to its former format, which means available for pro teams in LPL and LDL only.