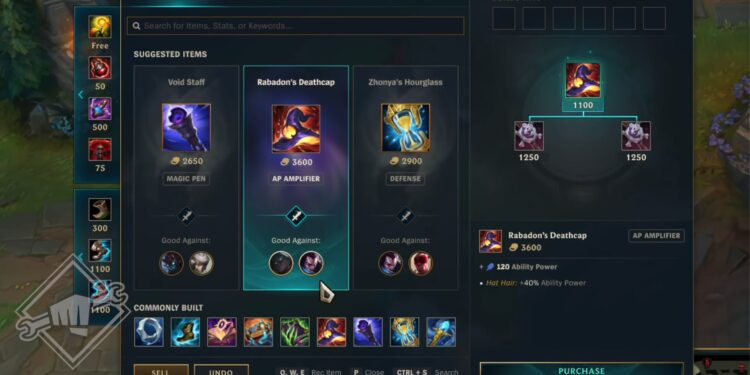 Exciting new changes for items slated for season 11 are here for you to theorycraft a new meta.

Season 11 promises tons of balance and item changes, including a previously announced Cooldown Reduction rework into Ability Haste for more linear scaling. This opens up more opportunities for different builds when playing as caster champions, instead of the usual “everything is set in stone” item paths..

Also in the earlier announcement, Riot Games promised numerous changes for itemization across roles as well. Here are the tentative new items and adjustments for existing items.

A change for the better

The general reaction to the itemization across social media has been ranging from lukewarm to positive. Frozen Heart changes will make its users more resilient to auto-attack heavy champions such as Yasuo and Yone whom most of us probably despise while making it even more of a must-buy on tanks. Mortal Reminder will have a more meaningful anti-healing passive which essentially deals more damage the more the target heals, fixing the ongoing problem of excessive healing.

So far, the new items of the new class, Mythics, have been showing promises. Cursed Demonhelm can be a great alternative to Liandry’s Torment for AP Fighters Galeforce is essentially the Protobelt for Marksmen, Behemoth Slayers is a nice preventive measure to tank meta. Crimson Shieldbow makes marksmen more resilient to assaults from assassins, an alternative of Phantom Dancer. Battering Ram seems to be the replacement or the substitute for Trinity Force on tankier champions.

The catch is – you can only buy one of the mythic items (Galeforce, Behemoth Slayers, Cursed Demonhelm), but it more or less positively affects your entire itemization. For example, Behemoth Slayers is a must buy if the player wants to reach the wet dream of 100% critical strike chance, and Battering Ram makes other tenacity items more powerful.

Season 11 also introduces recommended purchases against certain match ups – like Zhonya’s Hour Glass is a superb buy against Yasuo and Lee Sin, for example. This will help newer players more familiar with the concept of “counter build”, making the learning process less burdening.

Many items also have their icons redesigned to suit the modern League of Legends standard, starting from season 11. Void Staff, Rabbadon’s Deathcap and Zhonya are a few instances of this change. This might be a little confusing for seasoned players, but getting familiar with new stuffs is what League players are known for.

All of these changes are still tentative in nature, and are subjected to removal or further adjustment. They are available on PBE next week for public testing.