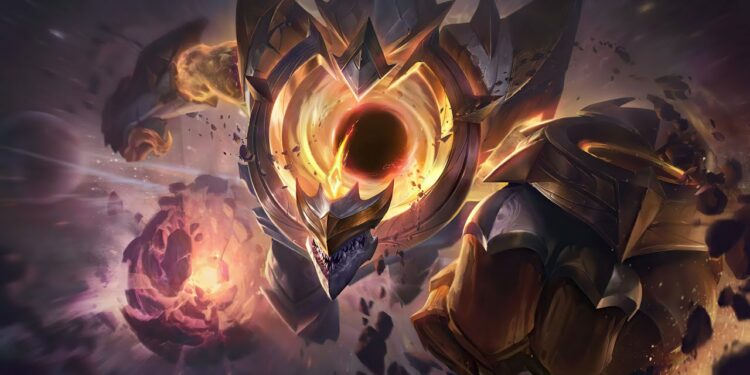 Preseason 2021 has changed tons of traditional champions’ builds and playstyles that existed really long before in League of Legends.

Every year, we have witnessed multiple fresh changes since some of the latest Seasons. Things have come and gone in a blink of an eye. Season 11 has done a good job in revamping the whole shop. Not only were the cosmetics changed, but two out of three items’ segments were also either deleted or changed. Let’s check out some of these champions.

To prepare for Preseason 11, Riot pushed out tons of adjustments for many champions in League of Legends to ensure they would able to maintain their current performance. Katarina received quite an impressive buff from Riot. Her skills (Passive – Voracity, E – Shunpo, and R – Death Lotus) all deal additional on-hit effect damage.

At first sight, these changes were considered excessive due to Katarina’s originated build was solely Burst AP build. Since 10.24, the removal of Hextech Gunblade really created a great controversial discussion in the community from those who loved playing AP Assassins in general and loved playing Katarina in particular. Despite losing the Gunblade, creative players found out the new build for Katarina, the Mythic item Kraken Slayer combined with other AD items. This build helps Katarina has better advantages when dealing with tanky champions and provides her decent ability to split-push and solo kill.

Like Katarina, Akali had always been the type of champion stuck with Hextech Gunblade since it was released. Even though Akali doesn’t move completely to AD Builds, she manages to find even better item combinations than Gunblade.

With the ability to deal additional 10% true damage from Riftmaker, it scales so well with Demonic Embrace, which deals maximum health damage. Akali already has a great ability kit if utilize in the right hands. She can be totally confident with her regeneration and damage output in long, extended team fights. The prove for this build’s efficiency is that Akali tier, pick-rate, and win-rate have risen to the top tier 1 in these recent patches. She is no more a crab Akali!

Master Yi maximizes Attack-Speed, and Omnivamp builds have become popular because it brings Yi’s Q – Alpha Strike to its best potential and his Passive – Double Strike. At this point, lots of players are still going for this build despite the rise of the Lethality Master Yi build.

With this playstyle, players will have a chance to control a deadly shinobi with the ability to evade and appear cooly. His 3 core items include Duskblade of Draktharr, Navori Quickblades, and Infinity Blade. This helps Master Yi amplifies his damage to an insane amount and prioritizes killing his enemies to activate the Invisibility effect of Draktharr. This might be a little bit risky compared to traditional Yi’s build, but with high-skill ceiling players who can use Alpha Strike effectively, Yi becomes one of the best unstoppable slaughter champions.

Malphite is one of the best champions to use after the Preseason 11 tanky items buffed. Previously, Malphite was not really a great pick because players loved building him as a Mage instead of a Tank (he has always intentionally meant to be a tank!).

Things have changed since the new Season hit the live server. All the tanky items, especially Sunfire Aegis, become so OP with a fairly low price, help Malphite achieve his peak power much sooner than other champions. Before Sunfire Aegis was heavily nerfed, Malphite shifted from the Support role to dominate the top lane. Even though tanky items are pretty balanced, Malphite still has a really high ban-rate that really proves this build’s efficiency.