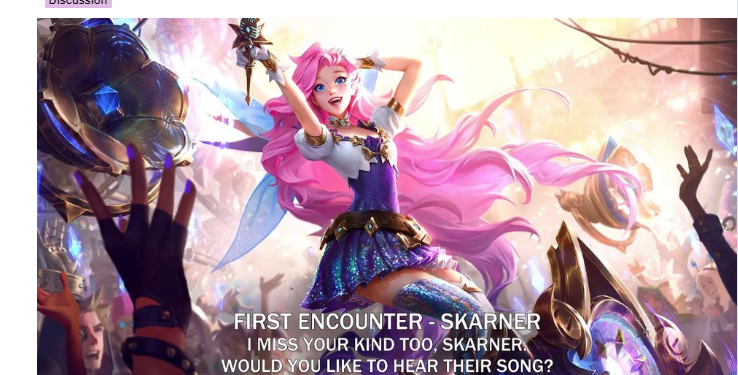 Unlike what we have been imagining about Seraphine, her K/DA All Out voice is actually brutal and offensive.

A few days ago, Riot had confirmed the debut of our next champion that was making her way into Summoner’s Rift – Seraphine. She will be an idol originated from Piltover, she also seems to be extremely naive, nice, and friendly. She also has one of the most monumental debuts in a whole League of Legends’ champions history. Riot even created for her multiple social media accounts, song covers, or even image of herself writing lyrics and chatting with her friends – just like how famous influencers nowadays usually do.

She is even created to be one of the team members of the well-known famous K/DA band. K/DA used to achieve one of the most famous music videos related to gaming industry that even created shockwave and excitement for casual music listeners. Her first skin will also be an Ultimate skin.

Sadly, with her all-new K/DA All Out voice uploaded by SkinSpotlights, our imagination is spoiled… When Seraphine is a solo singer, she’s so nice, but when she has already become a K/DA famous pop star, she turns out to be extremely brutal and somewhat even… rude. There are some voice lines in which she talks with other K/DA team members. We are not sure if she is joking or she actually means it.

Here are some highlight voice lines we take from the video clip:

To take things even more serious, when she talks to Skarner, she even mentions how his species extincted. Skarner’s lore is fairly sad when he had to witness his tribe being murder until death for hextech crafting purpose. We don’t totally get the reason why Riot choose to go on this dark path. Maybe she is way too naive, too young to understand what she is saying, but this is pretty creepy.

A lot of comments in our video we listed above also share the same idea as we share with you guys. A lot of negative impressions have been shared in that video. The ratio between Like and Dislike even reaches nearly 30%.

We do understand the concept of this skin. Players have to do and complete missions in order to evolve Seraphine to her maximum form – Superstar. To reward their hard-earning “chroma”, Seraphine becomes much more confident with tons of voice lines expressing it in-game. However, this might be a double-edged sword for a nice gamer. With the reaction she is receiving from the community, she might become one of the most hated champions in League of Legends, is it possible? We do not know.

Riot hasn’t said anything about this yet. Let’s see if they will make any adjustments to our beloved Seraphine.