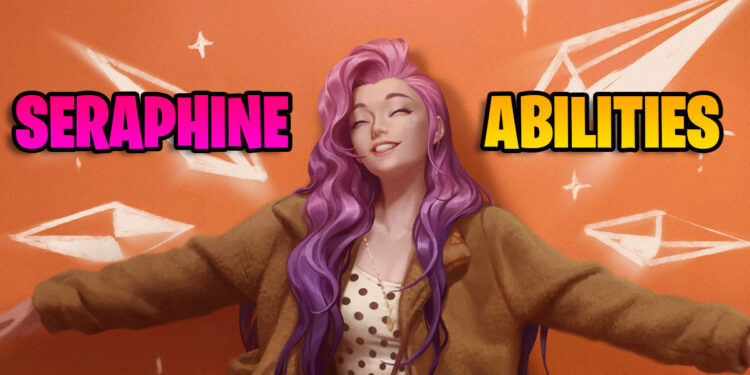 More information has shown up since our latest Seraphine leak post. If this is true, Seraphine is probably going to be a Support – Mage.

According to PixelButts, via data mining, PixelButts (He is also the same guy to uncover Seraphine’s Kit back then) was able to dig deep into Brazillian League of Legends: Wild Rift files (from June 2020) and he was quite sure about all Seraphine’s ability till this point. Even though this information came from the mobile version, the PC League of Legends should be quite similar or even the same as it shown.

Anyway, the article that we posted before was quite similar to this leak, this post will just add more details.

Every third basic ability will echo, casting it again. Casting an ability grants a Note to an ally, for each Note, Seraphine’s next basic attack gains additional range and magic damage.

Shield all nearby allied champions and grant them a movement speed buff. If Seraphine is already shielded, nearby allies are receive a heal based on their missing health.

Deals magic damage and slows to enemies hit. If the targets are already slowed, they are rooted instead.

Deal magic damage and charm enemies hit by the spell. Spell extends whenever it hits an ally or enemy champion.

That’s everything he got from data mining. Overall this information is still pretty vague, at least we have a bigger general concept of what Seraphine can do in the Summoner’s Rift. There is also no specific coding area where we are able to know the type of that spells (AOE, Point-and-Click, Skillshots, etc). In the end, Seraphine does feel a little bit similar to Sona and Karma. The biggest difference between her being a Mage rather than a Support is that her kit provides damages that scale up with the enemy/ally missing health.