Seraphine and her incredibly “broken” auto-attack range on PBE 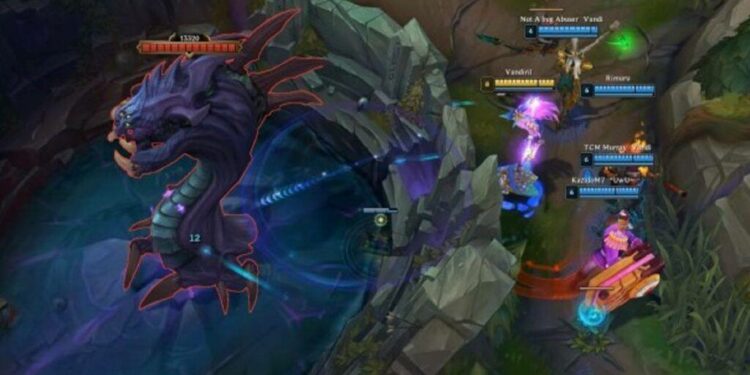 Seraphine passive allows her to increase the basic attack range based on the number of teammates that are nearby.

Seraphine has quite a “favorable” debut that no other champion use to have in the entire history of League of Legends. Started with her own Instagram and Twitter account, later after fans discover these accounts, they found out that she even has a SoundCloud account. She is the only champion up until now debut with her first skin being an Ultimate skin. What more can a champion ask for their arrival on the Summoner’s Rift?

Lately, as fans can officially have access to Seraphine on PBE, they quickly recognized that there is even more proof that Seraphine is definitely the most loved champion to be developed by Riot Games. Even though fans have constantly complained about her kits are just “Sona 2.0”, Seraphine surely has kits that will blow Sona away.

Particularly, her Passive: Stage Presence can give her basic attack an increased range and bonus damage base on how many teammates are standing next to Seraphine. This, just after a few days test on the PBE server, has helped her create performances that are… extremely broken.

Riot said that they wanted to create a champion who can utilize the power when moving together with the entire team, which was the original concept for developing her Passive and her W- Surround Sound.

However, this idea has made Seraphine auto-attack range became extremely broken. According to a recent video by Vandiril, together with all her 4 teammates, Seraphine can easily have a 1000 auto-attack range ( Caitlyn – known for her dominant auto-attack range, only has 650). This extreme number allows Seraphine to attack Barons, Dragons from the other side of the wall, or even turrets from places that will make you consider… uninstalling the game.

Players in SoloQ may not utilize the potential of this Passive, but it has been proven in the entire League of Legends history to be a different story in Professional Plays. This huge advantage may allow teams to take away Dragons/Barons or Turrets without proper set-up and by doing it this way, there is also no chance for the other team to react as well.

This might reminds you of times when Banner of Command and Zz’Rot Portal was rocking the Professional Plays – but not in a good way. So, let’s just hope for Riot to make some adjustments on Seraphine before her official arrival on servers all around the world in the upcoming patch 10.22.