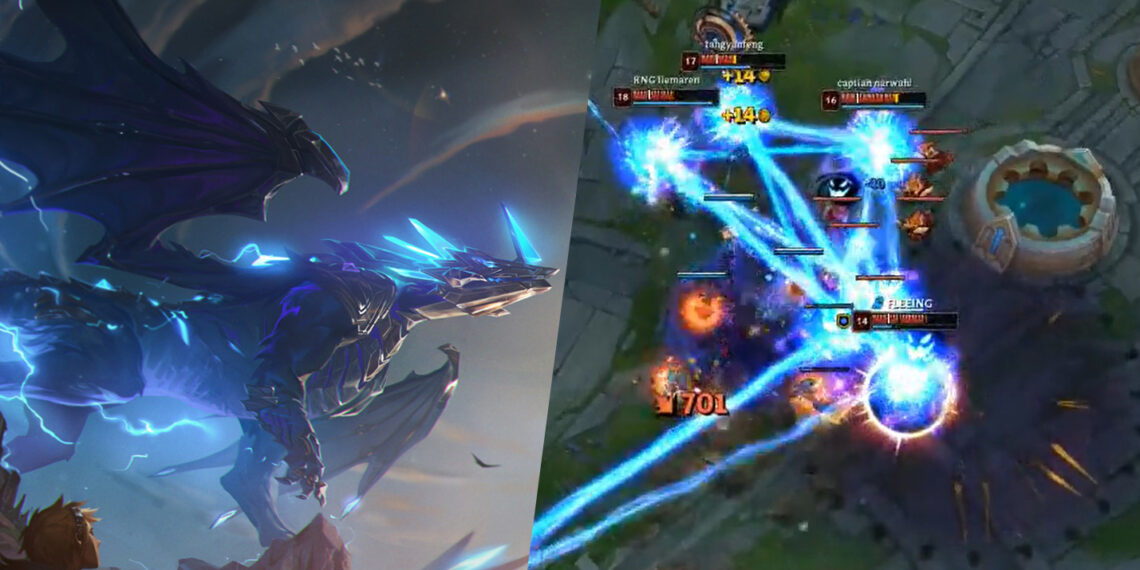 Patch 11.23 of League of Legends was released this week, marking the start of this year’s preseason. Players can now experience with new and bizarre items, runes, playstyles, mechanics…

With the introduction of the 2 new dragons: Hextech and Chemtech into the game, fans aren’t hesitant but to jump into a new game with the feature. Each one has unique bonuses, and some of them may appear to be a little broken. In a recent clip from Reddit user K3vin5Durant, the strength of the Hextech Dragon soul was seen absolutely devastating.

In the clip shown above, a Shaco player is trying to defend his Nexus towers and is seen in a 1vs4 position. The player made a clone and dispatched it straight to the opposition team. The clone was easily killed, yet right after that, it burst out 3 boxes. The 3 boxes then activated a huge Hextech Dragon soul chain, bursting down the enemy with the help of the Elder Dragon soul in a very satisfying way.

At first sight, it seems difficult, but it becomes so unpredictable because of the Hextech Dragon soul, which adds chain lightning to the team’s basic attacks and abilities, much like Statikk Shiv.

Every year, when the preseason is completed, a few League updates and hotfixes are released. This happens because of few unbalanced features in the game that appear to be too broken or OP, so it’ll almost certainly happen again. The effect of the Hextech Dragon soul may be one of the things Riot will have to look into in the next weeks, based on this clip.