Should Zhonya’s Hourglass be an exclusive item for ranged champions? 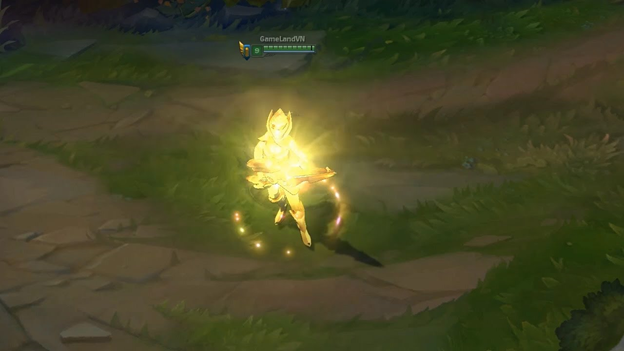 The most annoying feeling when playing League of Legends is about to defeat the enemy then he suddenly … “turned into gold” from Zhonya’s. Although activated, Zhonya Hourglass does not allow you to damage or move, but it helps the player not receive any damage or adverse effects.

If the article has any errors, please leave a comment for us to fix

Basically, this effect allows you to protect yourself when in danger, previously it was a balanced item because this is the activation of the player’s mischief. Moreover, only Zhonya Hourglass is for this ability, an item that costs around > 3000 gold and is not required to equip first.

Zhonya also has a Lite version called: Stopwatch – which refers to its original version in that it only allows one activation at a time during the game.

With that great ability, Zhonya Hourglass and Stopwatch both are abused by many players. It was originally designed for Mage; But now, even … Yasuo with Zhonya. Why not?

A lot of people have expressed dissatisfaction about these two items. Allowing it to be chosen by all champions has made Zhonya appear everywhere – especially in the position of the low range champion with magic damage.

These short-ranged champions are already equipped with many tools to escape and protect themselves. The slightly higher amount of armour also helps them to survive longer combat. Allowing them to have hourglass in their items, encouraging them to rush into sweeping the enemy squad in a reckless manner – because they will have a way anyway survived the combat.

Moreover, this item is completely unsuitable for champions who already have many fleeing skills like Akali, Fizz, Ekko. They were inherently too fast, and now the Stopwatch will have a chance to sweep and become too strong throughout the game.

At the same time, high ranged champions really need this ability to pause time. Being the main source of damage for the whole team, being frequently ambushed but being too fragile made both Zhonya and the Stopwatch become the item needed for them to create mutations.

However, both items are only for Armor and … Magic Power – the second stat that the ADC doesn’t need. That would be too expensive to acquire immunity to damage.

Besides many players who aspire to remove the current Zhonya and create a new Zhonya – only for ADC, some other players just want Riot to remove the Stopwatch from the game to help the game become more balanced in the early stages.

However, there are also players who point out that Zhonya and the Condolence Clock didn’t deserve to be removed. Most of the users of these two items are in danger of being defeated when 2.5 seconds of damage immunity ends. Removing Zhonya from the game will make the Assassins become overwhelming, and the Mage no escape skills will accept fate.

So, in your opinion, is Zhonyas and Stopwatch really a defect of the game?